From 1 to 41 Cases Per Day: Rwanda’s Battle Against COVID-19 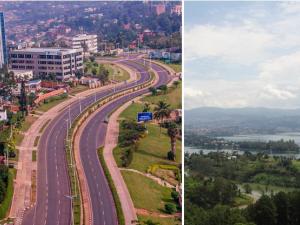 As the virus “celebrates” its third month of invasion to Rwanda, 41 new cases were confirmed on Sunday and they are from Rusizi district, Western Province.

A communique from the Ministry of Health reads: “Rusizi cluster continues to drive new cases; heightened vigilance is required everywhere.”

The new cases brought the total confirmed cases to 582 and 248 active cases while 332 recoveries have also been registered.

While the recent cluster of Rusizi in this history of the fight against COVID-19 which is barely 2 weeks old is believably the most shocking with more than 100 cases in less than a month, it came after Rwanda’s medical system had already demonstrated that it can be highly trusted in this battle.

Since the beginning, the number of tests that were conducted went increasing from a handful to now 3,495 per day and this is one among the explanation of the increase in numbers of confirmed cases.

This wide testing is coupled with the decision to be precise and to have a clear picture of COVID-19 prevalence in a specific area which is suspected to be most affected.

Dr. Sabin Nsanzimana, Director General of Rwanda Biomedical Centre(RBC) told the Rwanda Television on Sunday, that the 5 cases that are believed to have spread the virus in Rusizi were discovered after they decided to do improvised general testing in Rusizi on May 31.

“On Monday, June 15, we shall conclude another general testing which we did door to door in Rusizi. It will give us a clear picture of the region,” Nsanzimana said.

Nsanzimana’s RBC and the Ministry of health in general, can also confidently show the trends of the virus and advise the country accordingly.

On May 31, while the country was supposed to decide on resuming inter-provincial public transport and moto transport, the resumption was postponed after the Rusizi case, only to be revised on June 2.

The country allowed inter-provincial public transport and moto transport to resume effective June 3, except in Rusizi and Rubavu districts which were confirmed the only parts of the country where the virus was still spreading.

Rusizi’s town – Kamembe which include 4 sectors and later on Nkombo island were put back in total lockdown to be able to manage all the cases which kept increasing.

Another case the country is still facing is the Rusumo cluster where cross b0rder truck drivers and their assistants from neighbouring countries are the most affected.

The Ministry of Health indicates that the large part of the staff in charge of tracing contacts and other cases management has moved to the two areas. COVID-19 centres also increased in accordance with the concentration of new cases.

Already, by June 7 in Rusizi district, two isolation treatment centres and two isolation sites were put in place and in Nyagatare and Rwamagana, two satellites laboratories were set up to support the existing National Reference Laboratory from Kigali.

In other fights, a period of the total lockdown will always be remembered though no one is sure whether it is already the thing that was already left behind.

During the lockdown which lasted for some two months, some feeding struggle was reported and solidarity to find relief support prevailed.

Distribution of food went door to door, an important chapter in this battle.

No need to mention cases of people who failed to respect the instructions of the Ministry of Health in regard to the fight against COVID-19.

In all phases, law enforcers indicated cases of people who fail to respect the instructions which were put in place only for their safety and community safety at large.

However, some of the violation cases include funny scenarios.

Early May, Kigalitoday.com, our sister website reported a case of a lady in Muhanga district who was arrested for violating lockdown measures.

She told law enforcers that she failed to resist the smell of the barbecue and jumped the compound to go to the bar across the road which was also operating illegally.

“We have also seen a case of men whom you meet at Nyamirambo with a bunch of bananas in their car’s boot, pretending that they are coming from the market. You find the same person in Kimironko the following day, with the same bunch of bananas,” said CP John Bosco Kabera, Spokesperson of Rwanda National Police.

Police is still reporting cases of people who escape the lockdown in Rusizi to come to Kigali.

Meanwhile, the country encouraged the community to adjust to the use of digital transfer of money and took several economic recovery measures.

A Rwf 100 billion recovery fund was put in place for the most hit sectors to borrow from. The sector which believed to have been largely affected is tourism.

Contributing to the country’s economic recovery also include international lenders like the International Monetary Fund(IMF).

As of now, several services are still working from home where they are now improving online communication through webinar, Zoom, Skype and others for the meetings.

The world has finally understood that it may not be decent to wait until COVID-19 is over to conduct scheduled meetings.

The online meetings are being held, including those most important. Obviously, they adjusted the agenda to discuss solidarity to fight COVID-19 pending the new normal which is still indefinite.

Churches also have relocated to Youtube and their weekdays’ services, on Webinar, even WhatsApp.

Solidarity prevailed among countries and amongst compatriots. Several countries sent to Rwanda several donations that will help the country fight COVID-19. Latest (on Sunday), is from the ruler of Dubai with 300,000 equipment.

The country is thankful to senior central government officials who forfeited the salary of April to support the vulnerable in Rwanda.