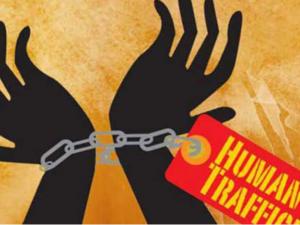 Kenyan authorities on Friday warned against applying for online jobs in South East Asian countries after it emerged hundreds of East Africans are falling victim to trafficking.

The caution came as the Ministry of Foreign Affairs said it had rescued 22 Kenyans, a Burundian and Ugandan, who had managed to raise distress calls from Laos.

The rescued victims told authorities that hundreds more were still inside the Asian country, having been duped to go for hospitality and teaching jobs only to end up trapped.

“The government in liaison with the Government of Laos and IOM (International Organization for Migration) has rescued 24 nationals, among them a Ugandan and a Burundian, from trafficking cartels in Laos as more, still trapped in Myanmar and Laos, call for help,” the Ministry said on Friday.

The 24 who were rescued have since been repatriated with the help of HAART Kenya, the IOM, and Laos government.

Earlier, 13 other Kenyans were rescued from traffickers in Myanmar .

“It is now emerging that there could be hundreds of mostly young Kenyans working in 'Fraud Factories' in South East Asia.

“More worrying is intelligence information that some of the factories may be facilities for extracting and storing human organs.”

Kenya says the trafficking reflects the widening network of cartels to the region, taking advantage of joblessness and vulnerability.

Neither Kenya, Uganda nor Burundi have embassies in Laos, and Kenya had to coordinate the rescue from its diplomatic mission in Bangkok.

Traditionally, Kenya has had to deal with continual claims of mistreatment of its nationals working as domestic workers in Saudi Arabia and other Gulf countries, including Bahrain.

But it has this year been receiving distress calls from Myanmar, Laos and Cambodia.

“They (cartels) have established local networks and gangs that help them either lure the victims or transport them through various countries in the region,” the ministry added.

Once in the trafficked countries, the victims who are not tech savvy are offered training in computer applications for 10 days before commencing ‘work’.

The work is mostly cybercrime and sextortion, according to survivors.

The cartels reportedly lure them to the jobs by promising hefty perks, including an offer of $2,000 per month. However, they are soon only overworked, underpaid and given little rest.

Those who want to quit are told to pay $15,000 “compensation for the expenses the cartels used to traffic the victims.”

“[The government] warns Kenyans to stop applying for online jobs that are advertised in South East Asia without authenticating them, as this exposes them to dangers, including possibility of losing body organs,” MFA said.

“There are no sales and customer care jobs in Thailand or other countries in the ASEAN region.”