'Amafranga yo kwiga dossier': A Teacher seeking SACCO Loan has to Pay Bribe, or Will Never Get the Loan 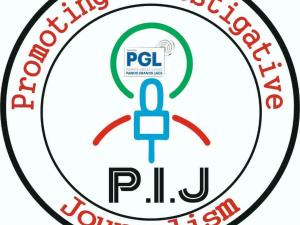 In 2016, Immaculée Nyirahabimana a teacher at Nyacyonga Primary School in Gasabo district sought a loan of Rwf 8m from Umwalimu SACCO Remera branch in Kigali, which is also the SACCO’s headquarters.

The Branch manager at the time Rugambwa Pacifique asked teacher Nyirahabimana to first deposit Rwf 850,000 on her account.

Along the process for application for this loan, Nyirahabimana also paid Rwf 50,000 for "expertise" (loan review), Rwf 20,000 as RDB loan registration and Rwf 12,000 for another unclear element. In total, she paid Rwf 82,000 as loan expenses.

After two months of spending hours and delivering countless documents, Nyirahabimana got the loan on her account. However, the Rwf 850,000 she had deposited on her account was missing. Nyirahabimana was told by the branch manager that the amount was necessary for "kwiga dossier" (facilitate work on your application).

Such is a typical experience that teachers are going through to get small development loans from their government-suported savings and credit cooperative bank Umwalimu SACCO. Teacher across the country are paying bribes to access loans. Our investigation confirmed cases in different districts, which shows it is common practice.

A government school primary teacher earns Rwf 65,037.5 ($69) as monthly gross salary, while secondary school teacher sees Rwf 233,754.4($251) on their payroll. These are extremely low salaries, leaving most teachers either doing additional jobs or struggle to even pay for their basics.

Since 2013, government has been putting Rwf 30billion in Umwalimu SACCO every year to help teachers get extra revenue they can invest in other activities for additional incomes to supplement their small salaries. Government has committed to do so until 2022, hoping by that time, this teachers' bank will be able to sustain itself. For the 2018-19 financial year, the bank recorded profit of Rwf 4billion, suggesting the entity is doing just fine.

However, behind this rosy balance sheet is a dark world of very corrupt credit officers and branch managers. Our investigation shows that these two officers, both directly handling loan applications, are more like gods at Umwalimu SACCO branches. It is so difficult for any of the 75,000 registered bank members nationally to get a loan, that for those who have succeeded; they each have a story to tell.

When the loan exceeds 5 million, it is no longer handled at Umwalimu SACCO branch at the district level; instead the headquarters in Kigali is involved.

For Teacher Nyirahabimana highlighted at beginning of this story, not only did she pay money to get her loan, the process was also a nightmare. “Not only did it take me two months since the first day of submitting my file, but I also was at the SACCO nearly everyday to keep my face around hoping that by the credit officer seeing me daily, they would rush my file," said Nyirahabimana.

"Sometimes, I was forced to forego some classes because I desperately needed that loan. I remember sometime during the waiting, the credit officer informed me that the team working on my dossier had completed and that now I had to deposit Rwf 850,000 on my account "yo kwiga dossier" which I did."

Nyirahabimana continued: “When the loan money Rwf 8m arrived on my account, the Rwf 850,000 was not there."

Rugambwa Pacifique, the branch manager who took the Rwf 850,000 deposited on teacher Nyirahabimana's account is known among teachers for not doing anything for them unless they offer him something.

We have since established that Rugambwa has managed various other Umwalimu SACCO branches. The current deployment is branch manager for Umwalimu SACCO for Kibeho sector in Nyaruguru district, southern Province.

By press time, Rugambwa's known phones were unavailable and was said to be on leave. A colleague told The Chronicles that Rugambwa has been away since early December and it is believed he is not in the country.

“Rugambwa doesn't take small bribes like Rwf 5,000 as others do. He has commissionaires (brokers) with whom they handle deals above a million Francs. He is very calm," said a teacher at EPA school in Nyarugenge district, who preferred anonymity.

In Kirehe district, eastern province, we find teacher Mbangukira Narcisse in Mahama sector. He currently teaches at Groupe Scolaire Paysanat D. Three years ago, he also sought a Rwf 3m loan from his local SACCO branch. It was to be repaid over a 5-year period.

"I remember the credit officer asked if I would agree to part with 3% of the loan so that he handles the dossier quickly. There are long queues of teachers seeking loans. I accepted the credit officer's offer," said Mbangukira.

The credit officers are very tactical on who they target, especially when you are a new loan applicant or in desperate situation and you want the money quickly. Mbangukira tell us the SACCO officers were able to manipulate him then, but not any more saying; "now I can’t fall in such situation again as I know how everything is done."

Asked why he did not report that yet it is corruption, Mbangukira responded that; “It is not corruption as such, but it is the money that you pay someone to do what you can’t do so that you escape the long queue."

From Muhanga district, in souther province, we encounter teacher Consolatta Mukarugwiza, who in November last year submitted application to Umwalimu SACCO Muhanga branch for Rwf 1.5m. She wanted the money to refurbish her rentals so that she could be able to get better payments from tenants.

The loan was released in two installments; Rwf 800,000 and later 700,000. Mukarugwiza tells us: "To get the first installment, I left at 7pm and was always here despite being heavily pregnant. It is so stressful. You cannot get the loan unless you have someone inside or you pay something. The moment I complete repaying this loan, I will never ask for another. I will only seek overdrafts."

Protais Manirakiza, a teacher at Muhima primary school here in Kigali, was not so lucky. He applied for Rwf 15m from Umwalimu SACCO at headquarter, Remera in Gasabo district.

Manirakiza was told he did not meet the loan criteria and did not get the loan which he had wanted, to buy a house four years ago.

To get a SACCO loan, the rulebook reads: “Having fully paid the share capital of Rwf 40,000. Being paid through Umwalimu SACCO or having a monthly income passing through Umwalimu SACCO as an added value. Minimum membership period of at least six months, personal contribution of at least 10% of the total cost of the project to finance in terms of money or a plot with foundation.Having saved at least 5% of the loan amount approved as permanent savings, physical collateral with forced sale value equal to 125% of the approved loan amount and cash flow for the applicants family.”

Teacher Manirakiza is not convinced the loan was not granted to him because he did not meet the criteria. He said; “There were other teachers from Kabusunzu, and EPA school, who were paid the same salary as me and wanted the same loan amount as me. They got it and I didn't."

This kind of attitude towards how loans are handled by Umwalimu SACCO officers is widespread. Local media regularly runs stories of teachers complaining of double standards in the loan scheme. It is this feeling of powerlessness to change anything that is helping facilitate the continued existence of bribes.

The office of the Ombudsman has also confirmed existence of corruption in the award of Umwalimu SACCO loans. In its 2017 report, the Ombudsman indicated some non-teachers had been offered long-term loans which affected the financial capacity of the SACCO. The Ombudsman also found case of person loaned Rwf 100m, yet the maximum is Rwf 70m - which suggests bribes were involved.

The report also found cases of corruption and fraud in the loan review process. Some teachers got the huge loans without collateral. Some got the loans without written contracts between Umwalimu SACCO and the applicant teacher, making it not possible to recover the loans.

The management of Umwalimu SACCO doesn't dismiss the fact that there are bribes paid by teachers to access loans. However, they blame those who are paying the bribes.

“Those who bribe to get the loan are the ones that do not meet the requirements, or have something they want to dodge,” said Laurance Uwambaje, the Umwalimu SACCO managing director.

She added that teachers who experience hardships through the loan process can call her personally to intervene. Teachers should not be paying to get what is meant for them, said Uwambaje.

“What can help her is that she can write a letter to us so that we check through the entire system to see what happened as bank activities have traceability,” said Uwambaje.

Data from this teachers' cooperative bank show that at least 89% of the 75,000 members of this have sought loans. The interest rates range between 11-14% for different offers like salary advance, school fees loan, home furniture loan, agriculture and livestock loan, and ordinary loans. The have also been widespread calls to reduce the interests, which are low compared to commercial banks, but still too high considering the SACCO clients.