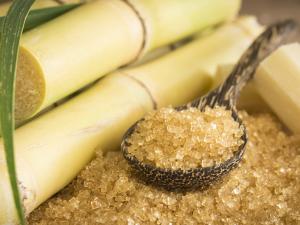 SSBG corporate affairs director Hussein Sufian said the project, which has three phases, started production with an installed capacity of between 30,000 tonnes and 40,000 tonnes per annum.
“Our factory is expandable; depending on the availability of sugarcane, it can go up to an annual production capacity of 100,000 tonnes upon completion of all the three phases,” Mr Sufian disclosed to The Citizen yesterday.
He said they were now harvesting 1,200 hectares of sugarcane that they had cultivated during the first phase.

In a bid to have more raw materials for feeding the plant, he added, the company was now cultivating another 800 hectares.
The first phase of the factory, according to Mr Sufian, will create about 800 direct jobs.
Investment, Industry and Trade deputy minister Exaud Kigahe told The Citizen that with new entrants in sugar production and expansion plans by existing players, the government will in the next three years close a deficit gap which currently stands at about 77,500 metric tonnes.

The country’s four factories of Kagera Sugar, Kilombero Sugar, Mtibwa Sugar Estates and TPC produce an estimated 342,000 tonnes of sugar annually against the domestic demand of about 420,000 tonnes. In what could be described as a boost to the sector, in January this year, another player, Lake Agro Investment, started the implementation of the $70 million (about Sh161 billion) sugar production project in Utete, Rufiji District in Coast Region.

The project is expected to produce 100,000 tonnes of sugar per annum and create 10,000 direct jobs.
“If you look at a wider picture, these initiatives make us see the light at the end of the tunnel,” asserted Mr Kigahe.
“We are confident we will realise our dream of making Tanzania sugar self-sufficient by 2025 and thus addressing constant sugar shortages in the market.”

This, he exuded his optimism, will make Tanzania competitive in the East African Community (EAC), Southern African Development Community (Sadc) and African Continental Free Trade Area (AfCFTA).
“For the sector to be competitive, I urge the industry’s players not to fall into the trap of price cartels,” recounted Mr Kigahe.

Confederation of Tanzania Industries (CTI) trade policy specialist Frank Dafa said the new development by Bakhresa Group of Companies will bring efficiency through competition and prices.
“To the country, we will get welfare in terms of prices and variety of products,” stressed Mr Dafa.
He called on the company and other investors to increase investment to meet the supply gap in the country.
https://www.thecitizen.co.tz/tanzania/news/business/bakhresa-group-kicks...