Biruta Speaks out on Uganda, Burundi 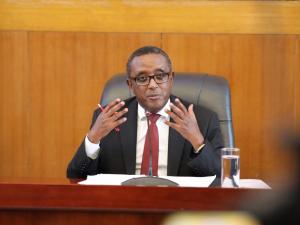 Rwanda says it will consider lifting the travel advisory against Rwandans traveling to Uganda if Kampala continues to show goodwill towards implementing the Luanda Memorandum of Understanding as it has done by releasing 9 Rwandans.

The Minister of Foreign Affairs and Cooperation Dr Vincent Biruta said on Wednesday that the gesture by Uganda to release the 9 is a step in the right direction and should be followed by releasing more Rwandans and implementing other aspects of the agreement signed in Angola in August.

Rwanda and Uganda penned the deal in August under the auspices of Angolan President João Lourenço with the aim of addressing outstanding concerns that have led to tensions between the two neighbours which have escalated over the last 3 years.

Minister Biruta said that President Yoweri Museveni sending a special envoy to his Rwandan counterpart last month and the subsequent release of 9 Rwandans this Wednesday has given a ray of hope that the issues will be resolved.

“The 9 were released today, they are on the way home. We believe this is a first step towards the implementation of the Luanda MoU in order to resolve these issues for good. However under the agreement, they are not just 9 people. There are more than 100 people arbitrarily detained in Uganda,”

“We hope the next step is to release all of them and implementing other recommendations, including not targeting Rwandans who go to Uganda for personal business and ending all forms of support to armed groups fighting the government of Rwanda. All these issues must be addressed,” Dr Biruta said. 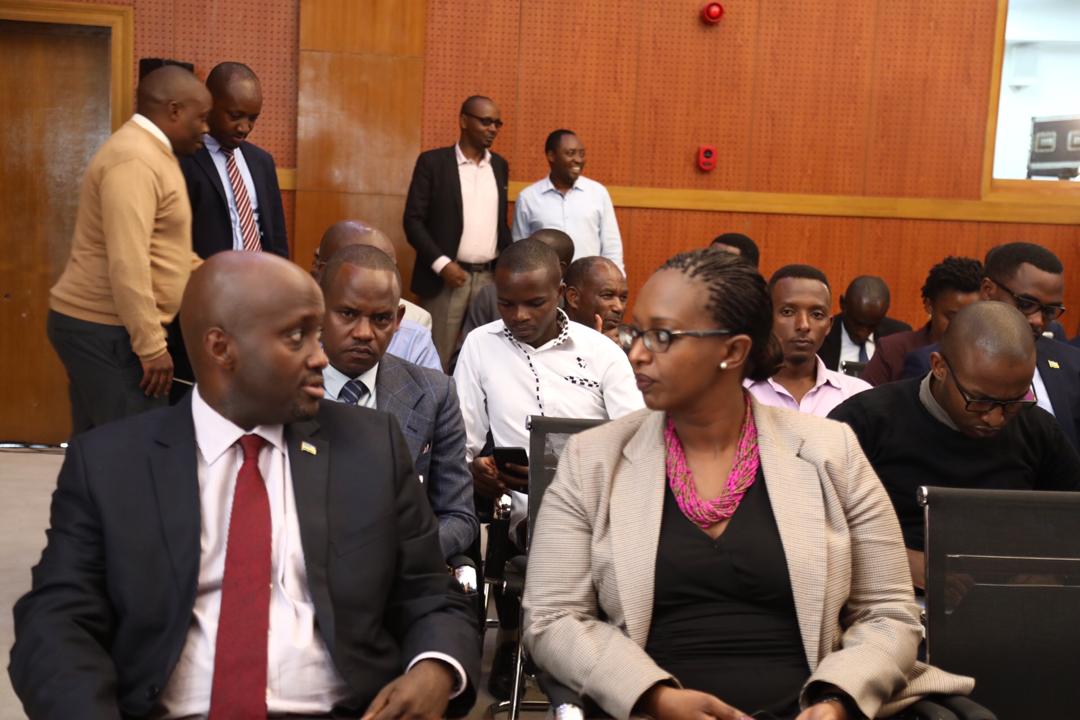 The Minister, who is also the government spokesperson said that if Uganda follows through on its promise and tackles these issues and if the government deems it safe for Rwandans to travel to Uganda, the travel advisory and other restrictions will be lifted to allow things to go back to normal.

“On our part, we are ready to do what is required of us and commit to work with Uganda to address these issues but we will need to see a difference first and have assurances of safety and security before we advise our citizens to travel to Uganda as it was in the past,” he added.

On the issue of the border reopening, Minister Biruta said that the issue has revolved around the closure of Gatuna One Stop Border post which was in line with the travel advisory in February last year and it would also depend on the improvement of the situation but it is not the main issue. 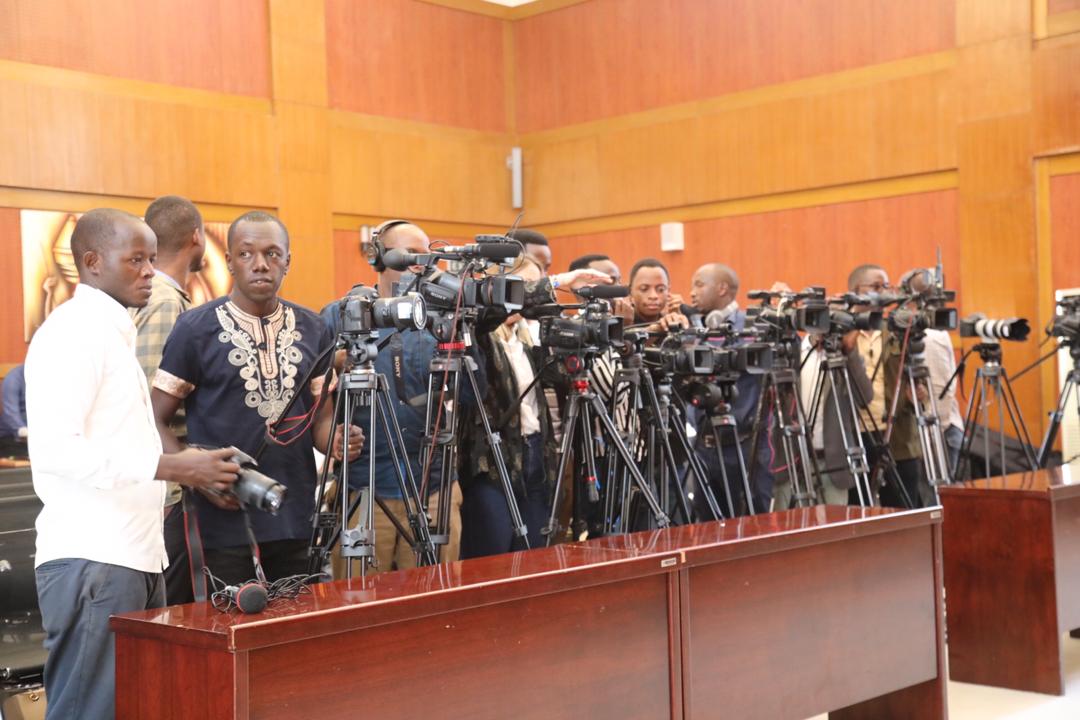 He said the main concern is the safety of Rwandans in a neighbouring country but Rwanda never set out to close the border, instead those who arrested Rwandans on the other side should be to blame.

He however said that Rwanda welcomes the developments in Uganda where earlier in the day his Ugandan counterpart Sam Kutesa handed over the 9 Rwandans, including Rene Rutagungira, one of the first to be arrested, to Rwanda’s High Commissioner to Uganda Maj. Gen Frank Mugambage.

Dr Biruta did not give timelines as to when the travel advisory or border restrictions will be lifted but said that it will depend on the positive actions on the Ugandan government side.

The seasoned Minister who was addressing his first press conference since being appointed last November spoke about a range of issues, including relations with Burundi and Rwanda.

Dr Biruta dismissed allegations that Rwandan forces attacked Burundi, a claim advanced by Burundian officials, including President Pierre Nkurunziza, pointing out that the government of Rwanda has resisted acts of provocation from Burundi and seeks peace with Bujumbura.

Among other things, he said elements who attacked the southern part of Rwanda last year came from and fled back to Burundi and that other anti-Rwandan government groups operate in Burundi but Rwanda has not felt the urge to attack Burundi.

“We category reject the unfounded accusations that Rwanda has been involved in any attack on Burundian soil, rather, we have experienced a number of attacks from armed groups from Burundi and we have evidence,” he said.

On the other hand, he said relations with Democratic Republic of Congo (DRC) are flourishing with President Felix Tshisekedi showing determination to work on fully restoring ties with Rwanda. 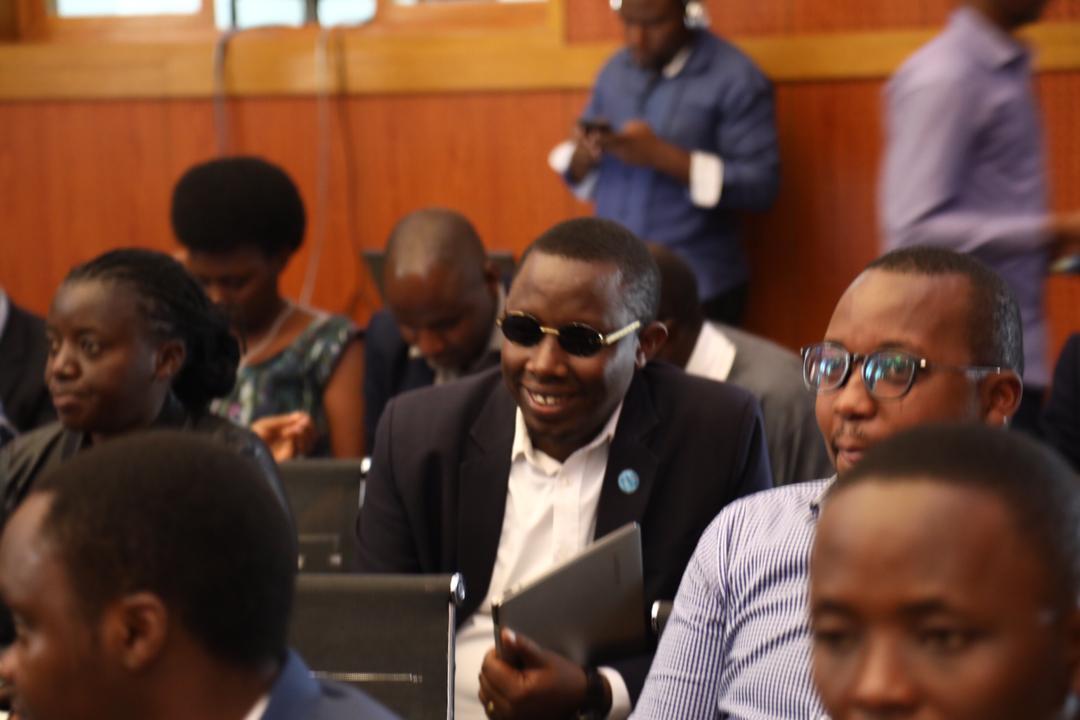 He said Rwanda DRC has also effectively carried out operations against armed groups in the eastern part of the country, including those keen on destabilising Rwanda.

“We welcome the recent successful operations by the DRC Army against Rwandan militia groups in Eastern DRC. The repatriated families of these rebels are currently going through our socio-economic reintegration programme,” Biruta said.

Dr Biruta laughed off claimed by Congolese opposition groups that Rwanda seeks to annex parts of DRC, describing them as disturbing and reckless statements by politicians and clerics which come at a time when relations between the two countries have improved.