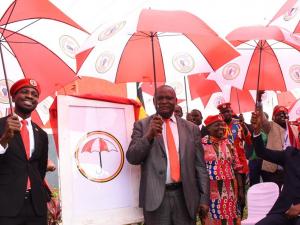 Ugandan presidential aspirant Robert Kyagulanyi aka Bobi Wine has launched a new political party ahead of the general election in February next year.

The 38-year-old musician-turned-politician and leader of the People Power Movement, a pressure group, revealed the new party, whose symbol is a red striped umbrella, in Kamwokya, on the outskirts of the capital Kampala, on Wednesday.

“We are unveiling the National Unity Platform (NUP) as the political wing of the People Power Movement” Mr Kyagulanyi announced rousing cheers of supporters. 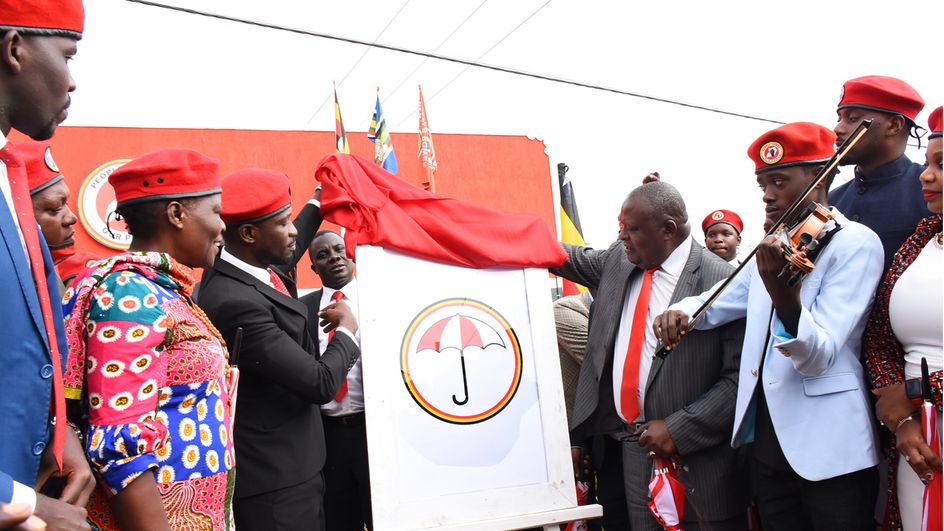 People Power, he said, will continue to be an alliance for various political parties in Uganda in the hope that the fragmented opposition would unite to oust President Yoweri Museveni who is seeking to extend his 34-year rule in February.

Dressed in a suit and his signature red beret, Mr Kyagulanyi addressed crowds of supporters as the 2021 election campaigns begin to fire up.

The reggae star joined elective politics in 2017 when he secured the Member of Parliament for Kyadondo East Constituency post in a by-election as an independent candidate.

According to analysts, the MP was restive without a political home ahead of the 2021 General Election.

But in the NUP umbrella, they say, he has found the shelter he needed to circumnavigate the political waves in the run-up to the elections.

NUP was registered as a political party in 2004 by Moses Nkonge Kibalama, who once served as former president Milton Obote’s driver and bodyguard.

However, after years of rumination, he decided to join activism to oppose the Museveni government that had waged a Bush war against his boss in the 1980s.

“I wanted to continue with politics and that is why I registered a political party in 2004 called National Unity, Reconciliation and Development Party (NURP). I have been doing my work and that is why my party might have been silent for now,” he said.

But because the name was too long, Mr Kibalama said the party leadership sat on July 14, last year, and resolved to change the name to NUP.

Mr Kibalama says the party he has handed over to Mr Kyagulanyi in the interest of the struggle for change has 25, 000 registered members but has struggled to find office space and taking the party forward.

“I know Bobi Wine is one of the leaders that proclaims the values that we as a party stand for. He is the leader of the new era and I trust that he can change the government,” Mr Kibalama said.