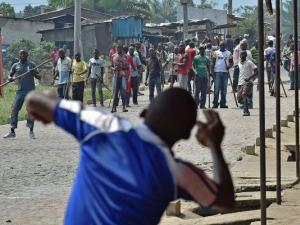 Burundi has appointed the head of the ruling party youth league to head its state-run broadcaster, a move an opposition party has described as a danger to press freedom.

In a presidential decree signed on July 3, President Pierre Nkurunziza said he had appointed Eric Nshimirimana to be the director-general of the National Radio Television of Burundi (RTNB).

Human Rights Watch said the appointment of Eric Nshimirimana was "a blow to all victims of abuse perpetrated by the Imbonerakure, as well as freedom of the press in Burundi".

Hundreds of Burundians have been killed in clashes with security forces and half a million have fled since Nkurunziza said in 2015 he would run for a third term in what his opponents saw as a breach of the constitution. He won reelection.

Human rights groups have in the past raised concerns that Imbonerakure, the youth wing of Nkurunziza's CNDD-FDD party, have been used to cause violence against anyone perceived to be opposed to Nkurunziza.

The government dismisses the charge, saying the group was purely political and accused opponents of stirring up tensions in a nation that emerged from an ethnically charged civil war in 2005.

The deputy chairman of the opposition FRODEBU party, Léonce Ngendakumana said the appointment could point to Nkurunziza planning to seek another term in office in next year's election and now the ruling party will get more dominant coverage.

"The RTNB remains the only media in Burundi with countrywide coverage. Appointing the chairman of the Imbonerakure which has close ties with the army, the police or the intelligence service is not for free," Ngendakumana told Reuters.

"The current president is seeking support of the youth league by thanking them and in order to totally control the country's very important media outlet, the RTNB, less than a year before the elections."

A journalist working with RTNB who did not wish to be named said Nshimirimana's appointment would not change things.

"The floor is only given to people supporting the ruling party. The opposition is rarely given a chance to talk. So, the situation will remain the same," the journalist said.

In March, Burundi's media regulator revoked the BBC's license and accused it of airing a documentary that it said was false and damaged the country's reputation.

It extended an existing suspension on Voice of America, accusing it of employing a reporter who opposed the government.