Chatter as Uhuru is received by Matiang'i, Ruto in Manyani 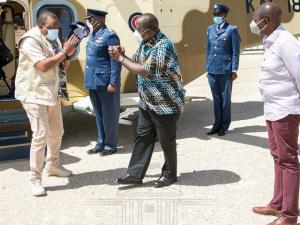 President Uhuru Kenyatta on Friday arrived in Manyani, Taita Taveta County where he is set to chair a cabinet meeting.

He was received by Interior Cabinet Secretary Fred Matiang'i and Deputy President William Ruto, along with other senior government officials. 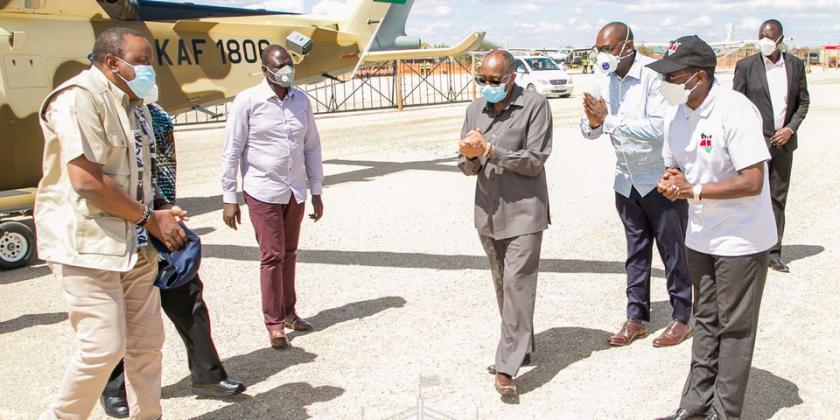 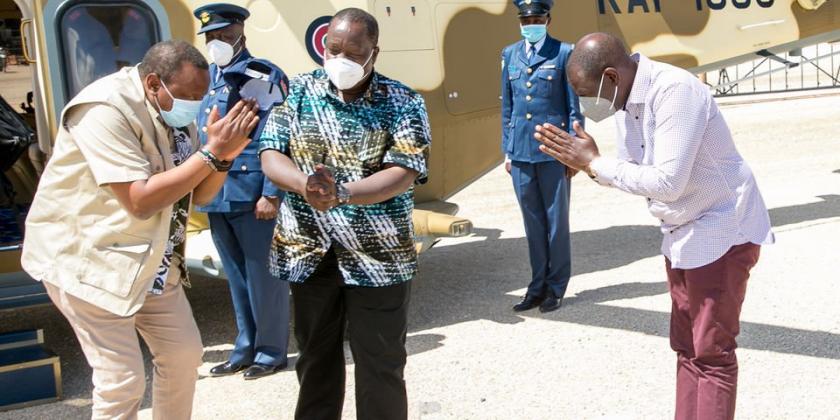 According to State House, he is also scheduled to receive progress reports on several national security projects.

The president will also preside over an innovation exhibition that will be presented by Kenyan techies.

Other cabinet secretaries left Nairobi last evening via military planes ahead of the cabinet meeting.

The images shared by State House of his reception in Taita Taveta have ignited chatter among Kenyans on social media, including politicians allied to DP Ruto.

For instance, Senators Kipchumba Murkomen and Millicent Omanga expressed their surprise at the president's reception on Friday morning.

The Taveta meeting comes a day after Dr Ruto held a fundraiser at Sironga grounds in Nyamira County, a week after a similar planned meeting at the same venue was cancelled.

While addressing the gathering yesterday, the DP started off by telling the crowd not to fault police officers for scuttling the previous meeting.

He noted that security officers were simply following orders from their bosses.

"These policemen have no problem...The problem is the people who live in the ivory tower who don't understand the challenges of ordinary people," he said.

This morning, Dr Matiang’i rubished talk by DP Ruto's allies amid accusations that he had stopped his functions in Nyamira last week.

While speaking at Egesa FM, a local vernacular radio station, he said he did not independently make the decision to stop hatemongers and put an end to polarised politics through the National Security Advisory Committee (NSAC) order.

He explained that the decision to streamline how public functions are to be conducted during the Covid-19 pandemic was reached at a Cabinet sitting where the Deputy President sits.

“I am not even a member of the special security committee that brought up the matter that all organisers of public meetings get permission from the police...And, truly, he okayed it. Where do I come in?” he wondered.

"It is only that someone wants to get something to hang on even when he himself had tweeted to suspend the function on account of that decision," Dr Matiang'i added.