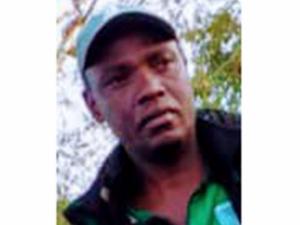 Barely a month after killing Gen Musabyimana Juvenal alias Jean-Michel Africa, commander of RUD-Urunana, the DR Congo army over the weekend announced the killing of Gen Jean Pierre Gaseni, a commander of another anti-Rwanda terrorist network operating there.

Gaseni was the in charge of operations of the MRCD Ubumwe-FLN, a terrorist group operating in eastern DR Congo and led by Paul Rusesabagina, an imposter humanitarian who continues to get money from unsuspecting well-wishers for a phony foundation he runs, ostensibly to support Genocide survivors.

Another political head of the outfit is Belgium-based former Prime Minister Faustin Twagiramungu, who has openly supported the outfit that has among other atrocities killed at least nine civilians in south-western Rwanda.

“He [Gaseni] was killed in a decisive operation by FARDC. FLN claimed several attacks in Rwanda, facilitated by and launched from Burundi,” Minister of State in charge of the East African Community, Olivier Nduhungirehe, tweeted.

FLN first raided a Rwandan village near the border with Burundi in June last year, before another attack in December, when three passenger service vehicles were ambushed inside Nyungwe forest.

FLN’s is the armed wing of MRCD and it is commanded by Gen Wilson Irategeka, formerly in FDLR.

Earlier this year, the FLN spokesperson Calixte Nsabimama was arrested and repatriated to Rwanda and recounted in detail the outfit’s command structure and the support they enjoy from Burundi and Uganda.

The DR Congo government has demonstrated commitment to address the insecurity problem, dealing a heavy blow especially to Rwandan armed groups based in the country’s east.

This year, the Congolese army (FARDC) stepped up military operations against illegally armed militia groups in the east of the country. In September, they killed the former supreme commander of the genocidal militia, FDLR, Sylvestre Mudacumura who had evaded capture for over a decade, along with several of his lieutenants.

The FDLR comprises elements blamed for the 1994 Genocide against the Tutsi, which claimed lives of over a million Rwandans in three months.