Congolese refugees’ influx to Uganda up by 92%: UNHCR 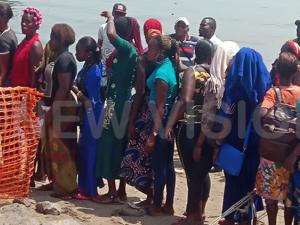 Kemlin Furley, the head of external relations at the UNHCR told the  New Vision that the numbers of Congolese refugees entering Uganda increased by 92% in the month of June 2019 compared to May (nearly 8,650 compared to 4,500), and that this is stretching the services at the reception centre in Kyangwali, Kikuube district

“We have been receiving between 100-200 people on a daily basis from DR Congo and this has stretched the services provided by OPM, UNHCR, and partners, but we are managing,” Furley said.

She noted that by the end of June 2019, the total of Congolese refugees registered in Uganda by OPM was 353,000.

Furley said the Office of the Prime Minister (OPM) is doing commendable work in registering, documenting and allocating land for those that enter the country at all points.

“Essential and life-saving services at transit and reception centres are much stretched but not completely overwhelmed,” she said.

Furley expressed concern that the Ugandan government under the OPM as well as UNHCR and NGO partners are operating on meagre resources yet the issues to respond to are significant and numerous.

She said UNHCR is working hard with OPM to ensure that refugees at the reception centre in Kikuube district are relocated faster into Kyangwali settlement to reduce the pressure at the centre.

Livingstone Akugizibwe, the Ndaiga sub-county councilor in Kagadi district said in the last two weeks, huge numbers of people from DR Congo have been flocking the country.

He noted that the established Ebola screening points on the shores of Lake Albert are being overwhelmed by the big numbers of people entering the country.

“We have seen an increase in numbers of people from Congo on a daily basis and this has greatly affected the Ebola screening points,” said Akugizibwe.