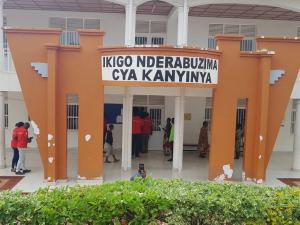 Seven new cases of New Coronavirus were identified in the City of Kigali on Monday, 24hrs after the Ministry of Health reported another six cases detected in the city on Sunday.

A total of 59 new cases of people who tested positive were registered, taking the total number of COVID-19 cases registered in Rwanda since March to 787.

According to the Ministry of Health, Kirehe district, which borders Tanzania, known as the Rusumo cluster, registered the highest number with 33, followed by Rusizi with 12 cases, Kigali recorded 7, Nyamasheke 4 and Rubavu 3. The latter two districts lie along the Kivu belt which is under monitoring for a possible escalation.

A total of 11 new recoveries were registered, taking the number of recoveries to 370. Recoveries are outnumbered by active cases which now stand at 415.

The country’s testing capabilities have continued to improve with a total of 2, 287 tests conducted in the last 24hrs, bringing the total number of tests so far done to 113, 544.

In an earlier interview with the public broadcaster RBA, the Director General of Rwanda Biomedical Centre (RBC) Dr. Sabin Nsanzimana said that among the categories of people who tested positive in Kigali were moto-taxi operators after two of them returned positive results from tests.

He said that the positive tests were recorded in the districts of Kicukiro and Nyarugenge.

“Two of them were moto-taxi riders and this is a category of people I can say is worrisome. As you might know, the moto riders were among the last categories of people that were allowed to go back to work due to the risk they pose,”

“Detecting new cases among this category confirms the fears we had earlier on the motorbikes being a risk factor,” Dr Nsanzimana said.

The other cases in Kigali are linked to previously confirmed cases that were traced. Dr Nsanzimana said however that the public needs to take precaution measures seriously because these cases were detected out of random mass tests of different categories, which means that the cases in the community could be even more.

“We want to encourage people to continue being vigilant. These cases confirm to us that the virus is still among us. We need to continue taking precautions as we also work around the clock to trace and contain the spread,” the RBC head said.

Dr. Nsanzimana said that there are practical precautions that people can take on their part to minimize the risk, including observing social distancing measures and taking safety precautions, including those who use motos as a form of transport.

Virus to stay a little longer

Dr Nsanzimana said that given the trend of infection more than 100 days since the first case was detected and factoring in other issues like resumed movement of people, the New Coronavirus could be around a little longer than expected.

“The picture we are getting after 100 days shows us that the epidemic will be here with us longer than we expected. This means that the measures and actions we are taking are focusing on how we can prepare ourselves to live with it for a much longer time than we thought,”

“We are focusing on ensuring that it does not have a negative impact on us, by claiming the lives of our people. As you know it tends to be fatal among the elderly and young people as well as those with other health complications, especially when it attacks their respiratory system,”

“We are required to observe three things to protect ourselves and others -wearing a face mask appropriately for your safety, not just to show that you are doing it for authorities, ensuring social distancing whether at home or outside and regularly sanitizing,” Dr Nsanzimana said.

He pointed out that countries that have effectively enforced those measures have contained the spread, despite and continue to register very few cases but the majority of the population is safe.

Globally, on Tuesday, a spike in cases was reported with Brazil becoming the second nation to pass 1 million COVID-19 cases after the United States. Brazil so far has  1,090,349 cases and 50, 737 death, numbers which some critics say could be 7 times higher.

President Jair Bolsonaro’s government has been criticized for its handling of the outbreak as the controversial leader refused to implement precautionary measures.

However, on Tuesday, the UK recorded its lowest number of daily confirmed COVID-19 cases, with 958 cases registered since the lockdown began. The number of daily coronavirus deaths also fell to 15, the lowest figure since 15 March, the day before Prime Minister Boris Johnson’s government took tough measures to curb the spread.

By press time, global cases had it 9,140,030 while deaths stood at 472,518. Recoveries so far are 4,898,483. Experts have warned that a surge of new cases in the U.S, Brazil and new cases popping up in Germany could signal the second wave of infections.