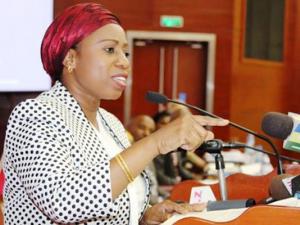 Tanzania has confirmed 84 new cases of the coronavirus, raising the total number of infections to 254, the health ministry has said. In a statement on Monday, Health minister Ummy Mwalimu said the new cases were reported across the country. “For the samples taken on April 18 to April 20, 84 have tested positive for Covid-19 raising the total confirmed cases to 254,” said Ms Mwalimu. According to Ms Mwalimu, the commercial hub Dar es Salaam recorded the highest number of infections  at 33;  Arusha has four; Mbeya, Kilimanjaro, Pwani, Mwanza and the capital Dodoma have three cases each; Manyara, Ruvuma, Morogoro and Rukwa two cases each; and Tabora, Lindi, Mara, Mtwara, and Kagera have single cases. The semi-autonomous island of Zanzibar reported 16 new coronavirus infections. Ms Mwalimu also said that the number of deaths had risen to 10 after three people succumbed in Dar es Salaam and two in Zanzibar. Those who have recovered stand at 11 since the country reported its first case on March 16. The minister urged citizen to continue following laid-down precautions to prevent further infections, including washing hands with water and soap, observing social distancing, and avoiding crowded places. Covid-19, first reported in Wuhan, China, in December, has killed at least 170,498 people worldwide, with at least 2,483,118 infections. Some 652,552 people have recovered globally, according to Worldometer's count on Tuesday