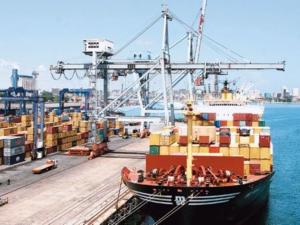 Dar es Salaam. Should its contract be renewed next month, the Tanzania International Container Terminal Services (Ticts) may find itself in a sharp competition at Dar port where it had a monopoly after the government opened doors for a new operator for three other berths.
Currently, Ticts, whose contract will expire next month, is the only private investor operating at berths 8 to 11.

According to stakeholders, Ticts handles about two thirds of containers at the Dar port, with the rest being handled by the Tanzania Ports Authority (TPA), which operates berths 0 to 4.
The call for application to invest and operate berths 5 to 7 suggests that TPA plans to leave containerlised cargo to the private sector and concentrate on regulatory matters as well as handling of motor vehicles and other conventional cargo handled at berth 0 to 5.

Tanzania Shipping Agents Association (Tasaa) vice chairman Daniel Malongo welcomed the competition in the industry, saying it would raise Dar port’s efficiency.
He said the move was expected to challenge the current operator, who is Ticts, to do even better by raising standards even more.

“This is a positive development because it will enhance TPA to cope with the global business processes in container terminal operations,” Mr Malongo said.
“In future, it will also help the government in its assessment on whether to renew existing players’ contract or not.”

Opposition ACT Wazalendo party leader Zitto Kabwe said there might be an international tender so that the country could solicit the best service providers.
“We don’t believe in behind-the-door dealings. We believe that there will be an international competitive tender to invite companies from around the world so that we can get the best,” Mr Kabwe told The Citizen.

If the efficiency of the Dar port was to be increased, TPA should remain as a landlord and leave the operations to the private sector, he suggested.
He was of the view that if efficiency was to be taken up, the country should also have a dry port in Mbeya to decongest the Dar port.
“We should make Mbeya a port of destination for export and import of goods to and from Zambia, Malawi and South East DRC,” emphasized Mr Kabwe.

He encouraged the government and all economic stakeholders to focus on the transformation of the port and the use of the country’s economics of geography to support this country.
“I think the government has to sit down and come up with clear and immediate strategies on how to improve the Dar port and make it the biggest source of revenue for the development of our economy,” recommended Mr Kabwe.

Reacting to the question of the need for announcing international tender, PS Migire said the law gives the government a variety of options.
“When the time comes we will decide whether to announce the tender or go for a restricted tendering proccess,” noted the permanent secretary.
He said currently, a team of experts was conducting a due diligence on the companies before the starting of the procurement process.
On the matter of TPA to remain as a landlord, he said: “We are aware of the concern and we will know what to do in due time.”

Reacting to the need for having a dry port in Mbeya to decongest Dar port, he said: “We have many dry ports in the pipeline and Mbeya is just one of them.”
Views on continued operations by Ticts have remained divided, with some suggesting the contract to be renewed and others calling for a no renewal.

Some are of the view that it is high time the government showed Ticts an exit door for its alleged failure to perform, while others say its arrival in the country in 2000 has been a blessing.

Ticts now handles a total of 650,000 20-foot containers per annum, compared to 300,000 it was handling in 2000.
A fortnight ago, PS Migire told The Citizen that the government was in discussions with Ticts on the next move once the contract ends. He noted that what was of importance was for the government to secure a lucrative deal for the best interests of Tanzanians.
https://www.thecitizen.co.tz/tanzania/news/national/dar-port-battle-for-...