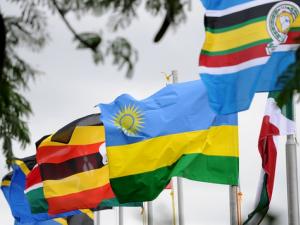 Neighbouring DR Congo’s interest in joining the East African Community (EAC) will be discussed by regional leaders when they convene for their next Ordinary Summit early next year, the EAC Secretariat confirms.

The 21st Ordinary Meeting of the EAC Heads of State Summit initially scheduled for Saturday, November 30, was postponed, according to the EAC Secretariat, to a later date in either January or February next year.

President Félix Tshisekedi on June 8 wrote to the EAC Chairman, President Paul Kagame of Rwanda, expressing his country’s wish to be a member of the regional bloc comprising Rwanda, Burundi, Uganda, Kenya, South Sudan and Tanzania.

Subsequently, Kigali on June 11, duly wrote to the EAC Secretary-General, Liberat Mfumukeko, so that Kinshasa’s request is put on the agenda of the next Summit of EAC Heads of State and Government, which was earlier scheduled for November 30.

Mfumukeko, on Wednesday, addressed journalists in Arusha, Tanzania, and said that a new date for the 21st Summit meeting would be communicated later after consultations among EAC Heads of State.

He also observed that the Community had expanded in the last 20 years, growing from the original three Partner States in 1999 to six today, with Somalia and DR Congo having made applications to join the bloc.

Mfumukeko said the desire by other countries to join the six-member bloc was due to the achievements made by the Community over the years that made it more attractive for investment and in the process raised the living standards of the people of East Africa.

In June, Tanzania’s President John Pombe Magufuli came out to publicly support the bid by neighbouring DR Congo to become a member of the EAC.

However, despite the postponement of the Summit, the 39th Meeting of the Council of Ministers started Thursday and runs up to Wednesday next week as initially planned.