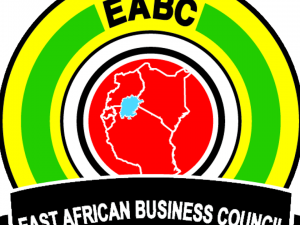 In a statement released on April 20th, the council recognised the fact that East Africa Community member states have been  supporting the private sector at large through direct financing, loan guarantees, corporate bonds and tax reliefs.

However,  these measures alone, even if extended to EAC airlines will not sufficiently address the current crisis, according to the statement.

On this issue, EABC said that while the rest of the world has adopted new measures to facilitate air transport, the EAC Partner State airlines are still in the process of adapting and many of their aircrafts remain underutilized.

For example EABC said that even with the return of Rwandair and Kenya’s Airways to the skies being a relief for exporters; it will soon become increasingly difficult for them to compete with airlines that are receiving government subsidies.

As immediate terms, the council asked EAC to copy the example of European Union (EU) of greater cooperation between East African airlines and the international aviation community.

“Like the EU, it demands greater cooperation between East African airlines and the international aviation community, including air cargo and express service providers to ensure the supply and fair distribution of scarce and essential goods,” the council said.

To achieve this cooperation, EABC said for instance, since most passenger airplanes have been grounded due to high costs of operation and covid-19 lockdown, they should be put to good use as demand for export for fresh produce is anticipated to continue.

In Kenya, for example, the volume of fresh produce at Jomo Kenyatta International Airport (JKIA) has reduced from a weekly 5,000 tonnes to 1,300 tonnes, a 75% decline with similar trends reported across the region.

Costs, however, continue to ease with more scheduled capacity provided by KLM, Qatar and Ethiopian Airlines.

If this is done by all member states, EABC projects that EAC airlines will increase Inter-regional Air Transport traffic and frequencies by 41% and reduce flight time, air transport cost (Passenger and cargo) by 10%, and create an additional 46,320 jobs and make $ 202.1million per annum in GDP.