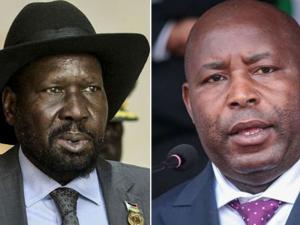 When the East African Legislative Assembly passed a motion on June 30 to censure South Sudan and Burundi for defaulting on their annual payments, it also recommended that the Council of Ministers take further action against the two countries.

The East Africa Community’s 41st Extraordinary Meeting of the Council of Ministers was held on August 4, under the chairmanship of Rwanda’s Minister for Foreign Affairs and International Co-operation Vincent Biruta.

In a report signed by all six ministers representing the partner states, Mr Biruta says, “The Sectoral Council considered the proposed schedule of sanctions. It recommended to the Council to direct the Secretariat to submit the proposed Schedule of Sanctions for input and report to the 40th Ordinary Meeting of the Council.

The EAC would have relied on the provisions of Article 143 of the Treaty to make a decision. However, the Article is not categorical on the specific sanctions to be undertaken as it stipulates that “a partner state which defaults in meeting its financial and other obligations under this Treaty shall be subject to such action as the Summit may, on the recommendation of the Council, determine”.

“The Secretariat as well as the other organs and institutions are already experiencing liquidity challenges,” said Mr Biruta in the report. “A number of providers of goods and services need to be paid. Some activities are being put on hold until the partner states disburse the outstanding contribution.”

The Council has now directed Burundi and South Sudan to disburse their outstanding budgetary contributions by September 15, to enable the EAC Organs and Institutions discharge their mandate.

“It is high time action was taken against partner states that default payments of their contributions to the Community,” said Aden Abdikadir, chair of the EALA General Purpose Committee on Budget.

The call for sanctions follows the chronic defaulting of annual payments by the member states, resulting in liquidity challenges.

The financial year 2019/20 has so far been the worst, with delays in remittance of contributions to the bloc resulting in just 43 per cent absorption of funds by the EAC.

As a result of the financial challenges, $1.1 million borrowed from the EAC’s Reserve Account, authorised by the Council of Ministers, has not yet been refunded.

By June 24, 2020, the Secretariat had received 67 percent of the budgetary contribution due from partner states for the financial year ended June 30, 2020.

Currently, only Kenya, Rwanda, Uganda and Tanzania have disbursed all their contributions for the financial year 2019/2020 and have no outstanding arrears.

By August 4, South Sudan owed the Community more than $24 million and Burundi $6.5 million.

However, Burundi informed the Council meeting that it had disbursed $2.6 million to settle its outstanding budgetary contributions.

“There are no sanctions yet at the EAC. What happens is that the defaulting member is urged to pay,” said Jean Bosco Barege, Burundi’s ambassador to Kenya.

“The Council did not direct any sanctions against Burundi. As you can see, Burundi paid $2 million after the May elections. And I am sure the government will clear the arrears,” he added.