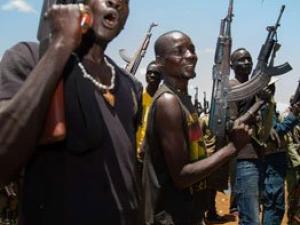 Tanzania remains the most peaceful country in the East African Community while Rwanda has showed the most significant improvement in peace, according to the Global Peace Index 2019 released last week.

Though it remained top of the EAC list for the third year running, Tanzania dropped two places to 54th on the 163-country index and seventh in sub-Saharan Africa.

No African country made it to the top 13 countries ranked “very high” on state of peacefulness. The top three are Iceland — for the 12th year running — New Zealand and Austria.

Rwanda's rise by 24 places ( to 79th) made it one of the five largest country improvements across sub-Saharan Africa, alongside Somalia, which was boosted by a sharp drop in internal conflicts that lifted it out of the five least peaceful countries in the world.

South Sudan — the newest EAC member — retained the third least peaceful country in the world position, just above Syria and Afghanistan. The Democratic Republic of Congo, which recently submitted a formal application for membership in the regional bloc, is ranked 155th out of the 163 nations listed.

The Global Peace Index is produced by the Australia-based Institute for Economics and Peace every year and is widely considered the world’s leading measure of global peacefulness.

It uses a wide variety of qualitative and quantitative indicators to make a data-driven analysis of peace levels in several societal and economic contexts. It measures the state of peace using level of societal safety and security, extent of ongoing domestic and international conflict, and degree of militarization.

The latest findings show that the average level of global peace has improved for the first time in five years.

“The Global Peace Index 2019 shows a world in which conflicts and crises that emerged in the past decade have begun to abate, but new tensions within and between nations have emerged," said the report authors.

Worldwide, confidence and trust in national governments, election processes and honesty, judicial systems and financial institutions rose in 58 countries over the past decade, the report said.

Tanzania was among six countries globally whose ranking in government trust rose; the others were Zimbabwe, Cameroon, Senegal, Mozambique and Niger. Incidentally, all six countries are in sub-Saharan Africa.

According to the findings, Tanzania also registered the “largest improvement in confidence in election honesty,” whereas countries like Botswana, Spain, France, Italy, and the Netherlands recorded significant deterioration in this category.

Overall, results in sub-Saharan Africa were mixed, with 27 of the region’s 44 countries recording deteriorating rates of peacefulness.

Safety and security was sub-Saharan Africa’s least peaceful domain, recording the largest deterioration. While 18 countries improved, 24 deteriorated. The likelihood of violent demonstrations dropped most significantly, followed by the impact of terrorism. A total of 104 countries recorded increased terrorist activity, while only 38 improved, and the total number of conflict deaths increased by 140 per cent between 2006 and 2017.