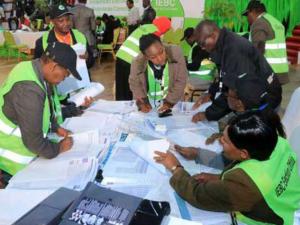 0n August 9, the cultural politics of East Africa could be reshaped in ways it hasn't been in 37 years. Either Deputy President William Ruto or veteran opposition leader and former Prime Minister Raila Odinga will become the fifth president of Kenya.
Both men are Nilotes. It is the first time in Kenya that the leading claimants to the throne have both been Nilotes.

At the wider East Africa level, in 1985 in Uganda, Milton Obote, who had returned to power as president in a disputed election in December 1980, was ousted in a military coup for a second time — the first having been in 1971 by Field Marshal Idi Amin. In Kenya, Daniel arap Moi was deeply entrenched in the one-party rule.

For the four-and-half years Obote was in office, for the first time there were two Nilotic leaders in power in East Africa.
Cultural kinship has had a considerable impact on geopolitics and foreign policy in ways that are often not fully appreciated. For example, President Moi appointed General Lazaro Sumbeiywo Kenya's Special Envoy to the Intergovernmental Authority on Development-led Sudan peace process between 1997 and 1998.

He then appointed him mediator in the Nairobi-anchored peace process in 2001. Kept by President Mwai Kibaki, Gen Sumbeiywo helped bring the bacon home in the form of the Comprehensive Peace Agreement aka the Naivasha Agreement on January 9, 2005 by the Sudan People's Liberation Movement and the government of Sudan. The CPA ended the 25-year-long Second Sudanese civil war.

The complex relationship of the South Sudanese political class with the Kalenjin establishment in Kenya (including Moi confidant Mark Too, who is credited with breaking the ice on the South Sudan crisis), and the Nilotic kinship partly accounted for Sumbeiywo's success. He was speaking a language the South Sudanese "could understand".

The inverse is also true. Moi waded into the South Sudanese peace process at the tail-end of the genocide against the Tutsi in Rwanda. This time, though, he sided against the victims, giving succour to some of the leaders of the genocide, including one of its masterminds, Félicien Kabuga. Kenya is also alleged to have sold ammunition to Rwanda Army-Interahamwe forces during the genocide.

Critics speculate that Moi's lack of empathy could have been down to the fact that the genocide was happening in the Central African Bantu heartland.
Because of the CPA, which partly birthed an independent South Sudan in 2011, whether it is Ruto or Raila, there will again be two East African leaders with Nilotic roots. It could prove critical to regional efforts to shepherd the war-wracked South Sudan's troubled 2018 peace deal to be implemented and, ultimately, whether the postponed 2023 election happens.

Furthermore, because Nilotes are an East African-Horn of Africa minority, they are given to a peculiar form of class-driven grievance politics, even when they have power – as was the case of both Moi and Obote.

Raila and the former leader of the Sudan People's Liberation Army/Movement (SPLA/M), the charismatic John Garang, are the few that didn't fit the mould. In their case, they represented the opposite -- an over-the-top pan-Africanism.
Ruto didn't play in the foreign policy arena while Deputy President, so he will only show his hand if he wins on August 9, but he will fall in one of those spectrums.

It is a factor that could be a spot of bother for Uganda President Yoweri Museveni if Raila wins. Museveni has set out his tent as the elder East African statesman and often casts himself as the First Pan-African on the continent today.

If Raila emerges victorious, he would be the only leader who would come to power with pre-existing pan-African credentials rivalling Museveni's. With his father having been leftist and pan-African icon Jaramogi Oginga Odinga, Kenya's first vice-president, he brings greater pedigree to the job than Museveni.

The two men, as it happens, are also agemates, both being 77 years old. Museveni was never part of the Raila fan club, nor was Raila part of Museveni's. There is a likelihood of competition for the elder and pan-African crown between them. Both men, however, are renowned pragmatists. When candidate Raila visited with Museveni in Kampala in May, observers didn't miss the fact that the Ugandan leader, who had been viewed both in Kampala and Kenya as a Ruto patron, was unusually courteous. One of Museveni's saving graces, if it is one, is that he doesn't hang too long onto a slippery branch.

Raila is deeply entrenched in the Democratic Republic of Congo and, like outgoing President Uhuru Kenyatta, is known to be close to President Felix Tshisekedi. There will be continuity of the Uhuru approach to the DRC, which was mostly clearing the path for Kenyan business.

Ruto, on the other hand, riled the Congolese in February when he mocked them for wearing trousers at their chests and saying they had no cows. The Congolese were up in arms, and Ruto apologised for wounding their pride. He will need a major charm offensive for the Congolese to forget. Men's trousers and cattle can be emotive issues.

Coming to power as a politician with his most fanatical base in western Kenya, Raila would have to do something about the dispute over the football-field-sized Migingo Island. Museveni has said the water around it belongs to Kenya, but the fish belong to Uganda.
Being leaders from central Kenya's mountains, Kibaki and Uhuru didn't invest their capital in asserting Kenya's claim. Raila wouldn't have that luxury.
Ruto would face no such pressure either. He would likely take a "keep Museveni happy" line, and Migingo wouldn't be top of his priorities.

In a regional context, a Raila presidency could see the rebound of the Lake Victoria economy, which is already underway, and the new nexus of wealth being crafted in the triangle between Kisumu, Mwanza in Tanzania and Port Bell in Uganda. Already, the resuscitated Kisumu Port and the ramping of investments in the zone by the three countries has given that economic zone a new lease of life.

In a first, in 2014, 14 devolved Kenya counties — Bungoma, Busia, Homa Bay, Kakamega, Kisii, Kisumu, Migori, Nyamira, Siaya, Trans Nzoia, Kericho, Bomet, Nandi and Vihiga — formed the Lake Region Economic Bloc, a mini sub-region aiming to spur greater development in the Lake Basin region. It is a platform that would get a lift from a Raila presidency and create a new blue economy dynamic at the heart of the EAC.

The approaching change of guard also comes at a time when there has been a dramatic improvement in the Rwanda-Uganda relations and cold war that led to Rwanda closing the border between the two countries in 2019.
Some bold and high-visibility diplomatic forays into Rwanda by Museveni's son and Commander of the Land Forces of Uganda's People's Defence Forces Lt-Gen Muhoozi Kainerugaba earlier in the year led to a much-welcome thawing of relations between the two former bosom allies.

Kagame visited Uganda for the first time in four years in April and cut Muhoozi’s birthday cake, and Museveni visited Rwanda for the first time in five years to attend the Commonwealth Heads of Government Meeting in Kigali in June. Travelling by road, he was visibly delighted with and soaked up the applause he received, posting gleeful tweets about it on his Twitter page.
Hadn't it been for that break, a President Raila would have left Museveni uneasy with a President Kagame to the west giving him the cold shoulder and a Raila to the east, distrustful of him.

On the other hand, a President Ruto, seen as a Museveni mentee, would make the national security establishment in Kigali lose some sleep because then they would have not one, but two “unfriendly” leaders on their path to the sea. Kigali and Kampala might have been de-risking for the Kenya vote when they buried the hatchet this time. Now, the only thing left is for the Kenyans to count the votes without shaky hands from August 9, and East Africa will have its answers.
https://www.theeastafrican.co.ke/tea/news/east-africa/east-africa-wont-s...