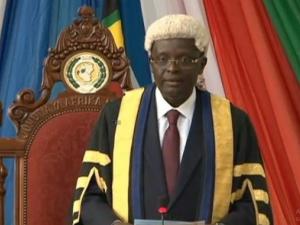 The East African Court of Justice African court has ruled against the Burundi case challenging the election of the East African Legislative Assembly, a Rwandan Martin Ngoga on July 02, 2019.

Despite Burundi and Tanzania boycotting the election, Ngoga garnered 33 votes in the second round of the vote to beat Burundi’s Leontine Nzeyimana, who got only three votes.

Burundi had filed a case in the East African Court of Justice challenging the election of the Rwandan, Martin Ngoga, as the EALA Speaker.

The Burundian government went on to petition the First Instance Division of the regional court challenging the process through which Mr. Ngoga was elected the EALA Speaker, arguing that Burundian and Tanzanian legislators were not part of the electoral process, which they said was in violation of the fundamental Principles of the Community under Articles 6 (d), 7 and 57 (1) and Rule 12 (1) of EALA Rules of Procedure.

EACJ on Tuesday ruled that the election of Mr. Ngoga did not violate the fundamental principles of the East African Community (EAC).

The court has ruled in favor of EALA Speaker, Martin Ngoga, and thus gave a green light for the Rwandan to go on exercising his duties as the East African Legislative Assembly.