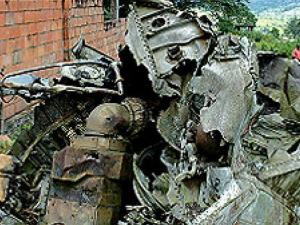 Reacting to the ruling, Genocide researcher Tom Ndahiro said: "This judgement, by the Court of Appeal should be a source of exhilaration to the French people and government more than Rwandans and their government whose leadership was the target of Judge Jean Louis Bruguière."

"It is a judgement against a judge’s misjudgement. [Bruguière] will be remembered in history as a denier of Genocide against the Tutsi and one of the most dishonourable servants of justice."

Bruguière’s 2006 indictments fed into a skewed narrative that RPF/A were behind the attack on Habyarimana’s plane on April 6, 1994, thereby sparking off the Genocide against the Tutsi, which claimed the lives of over a million people.

A subsequent inquiry by a commission set up by the Rwandan government and involved independent British forensic ballistics experts concluded in 2010 that the surface-to-air missiles that brought down the Falcon 50 plane had in fact originated from areas occupied by Habyarimana’s own units.

The ‘Mutsinzi Report’ also drew from several international reports that had pointed a finger at Habyarimana’s Akazu (‘inner circle’) composed of extremist politicians and military officers who were against the Arusha Peace Accords signed between their government and the RPF.

In December 2010, confidential US diplomatic cables leaked by whistle-blowing website, Wikileaks, indicated that the retired French judge confirmed he had conferred with then French government of President Jacques Chirac, on the timing on the issuance of arrest warrants against top RPF officials.

Among others, the leaks revealed that Bruguière’s ultimate ambition was to become France’s Minister of Justice.

‘A travesty of justice’

In hours following Friday’s verdict by the French appeals court, Rwanda’s Minister for Justice and Attorney General, Johnston Busingye, tweeted: "This so-called Bruguière Case has been a travesty of justice, a total and complete farce that should not have happened in the first place."

Friday’s ruling marks the second time the case has been dismissed in France.

And, it has already emerged that a final appeal could be lodged with a higher court, the Cour de Cassation (the equivalent of the Supreme Court).

Ibuka-France President Etienne Nsanzimana said the Paris Court of Appeal "made the most logical decision that was necessary."

He added: "We welcome this outcome. Judge Bruguière's investigation was investigative in name only, and more political.

"For Ibuka-France, this issue of the plane crash is secondary and will not divert us from our mission towards Genocide survivors. We remain committed to preserving the memory of the victims of the Genocide against the Tutsi in Rwanda and assisting and defending the survivors in France and in Rwanda."

Bruguière had begun in March 1998 following a complaint submitted in August 1997 by the daughter of the co-pilot of Habyarimana’s plane, Jean-Pierre Minaberry, who died in the crash.