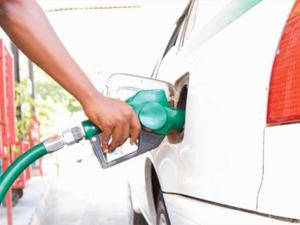 Fuel prices have hit new highs in Tanzania as tensions in eastern Europe continued to hurt the global oil market.

The new prices, effective Wednesday May 4, represent an increase of 9.5 percent for petrol and 17.1 percent for diesel following hikes of 12 and 21 percent, respectively in April.

“Prices of each petroleum product throughout the country will be computed based on the cost of the product received through the ports and the transport costs to the respective regions,” the agency said.

EWURA explained that “about 93 percent” of the latest price changes were attributable to rising world oil market prices and “about 4 percent to premiums”.

“Furthermore, prices in the country are comparable to prices applicable to neighbouring countries,” it added.

The new retail prices were announced as wholesale prices for petrol and diesel shipments offloaded at Tanzania's main ports went past the Tsh3,000 or $1.3 per litre mark for the first time in April.

Kerosene imports came through the port of Dar es Salaam only and will be sold at Tsh2,980 ($1.287) per litre wholesale without taking into account transport costs to other parts of the country.