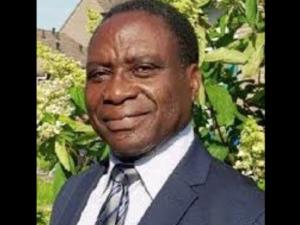 The National Commission for the Fight against Genocide (CNLG) on Wednesday, September 9, said that genocide suspect Charles Ntahontuye Ndereyehe, alias Karoli, should be extradited to Rwanda to account for charges against him.

This follows the arrest of the 71-year-old on Tuesday evening in The Netherlands where he has lived for years.

Ndereyehe is mainly accused of masterminding killings in ISAR, an agricultural research centre affiliated to the then National University of Rwanda in Huye District.

In an exclusive interview with The New Times, Jean-Damascène Bizimana, the Executive Secretary of CNLG, said that what follows after the arrest is the process to extradite him to Rwanda.

“Ndereyehe was arrested in line with an international arrest warrant issued by Rwanda’s prosecution. Following the move, an extradition process takes shape,” he noted.

The warrant was issued on April 20, 2010, which formed the basis of his inclusion on the Interpol wanted list.

On November 5, 2008, Ndereyehe was tried in absentia sentenced to life by a Gacaca court in southern Rwanda after he was found guilty of masterminding the Genocide.

According to Bizimana, though Ndereyehe was found guilty, he still has the right to defend himself against the charges against him in court, since he was not around during the trial in the semi-traditional tribunal.

The law provides that any person convicted in absentia has a right to seek retrial.

Who is Charles Ndereyehe?

Ndereyehe was born in 1949 in Cyabingo Commune, in the former Ruhengeri Prefecture in what is currently Gakenke District.

In 1992, along with other genocide deniers that include Ferdinand Nahimana, Eugène Rwamucyo, Dr Jean-Berchmas Nshimyumuremyi and others, Ndereyehe created and led an extremist group called “Cercles des républicains progressistes” that incited students to plan genocide at the University in Nyakinama and Butare.

In the beginning, Ndereyehe was an MRND, a political party largely responsible for the planning and executing the 1994 Genocide against the Tutsi, member but in 1992, he abandoned it to participate in the creation of another Hutu extremist party, Coalition pour la défense de la république (CDR).

CDR also participated massively in the Genocide against the Tutsi in 1994.

Twenty-six years ago, Ndereyehe was the head of ISAR, the national agricultural institute in Huye District, and played a key role in the massacre carried out at the place.

According to CNLG, Ndereyehe started the Genocide planning before he was sent to ISAR.

Prior to his deployment at ISAR, he was in charge of the Agricultural and Livestock Development Project in Gikongoro (PDAG).

At the time, he was allegedly one of the civil servants who formed the Interahamwe militia in Gikongoro, along with Captain Faustin Sebuhura who was the deputy commander of the Gikongoro Gendarmerie.

Ndereyehe left Rwanda in 1994 to seek refuge in the then Zaire (now DR Congo) on April 3, 1995, where he participated in the creation of an extremist political and military group called the RDR grounded on the Genocide ideology.

According CNLG, besides masterminding the Genocide, Ndereyehe is a strong denier of the Genocide against the Tutsi and openly encourages others to deny it especially in Europe where he lives.