Gicumbi District: How Public Land Is Distributed Among Local Officials 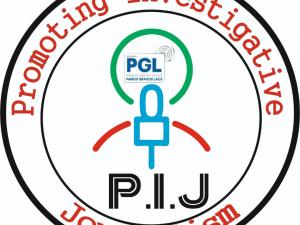 In one sector of Gicumbi district, more than two dozen individuals own public land illegally, a situation which is prevalent in all the 21 sectors of the district.

The land law of June 2013 prohibits anyone from owning land in places like wetlands, forest reserves or spots planned for infrastructure such as roads. These are same standards across the country.

However, same local officials supposed to protect the public land, are the ones who distribute the land amongst themselves. In Rukomo sector of Gicumbi district, for example, a large piece of land in Cyeya wetland located in Cyeya cell, has been fought over by three different parties for the last 6 years.

First, Bayingana Jean Marie Vianney, who was Rukomo sector executive secretary during the period up to 2015, gave that land to Ntirimeninda Jacques, who was the chair of the sector council. Ntirimeninda was essentially a superior to Bayingana and the latter gave him permission to use public land.

However, around late 2013, Duhuzimbaraga Birambo cooperative with 92 members applied to the Rukomo sector to be given land to use it for agricultural production. They were given the same land in Cyeya swamp. They paid rent for the land to the sector.

The owner at the time Ntirimeninda Jacques, who also owned it illegally, had already planted trees. Under unclear circumstances, the trees were uprooted. No one knows how that happened.

Immediately, Ntirimenida's wife filed a case in Gicumbi district primary court in October 2013 claiming the cooperative had taken over her family land and destroyed their property. With the entry of the wife of a local official in the issue, it remains confusing as to how the land moved from her husband to her. The court at the time decided that the land indeed belonged to Ntirimeninda and his wife. The cooperative appealed the court decision.

Mpozembizi Felicien, the head of Duhuzimbaraga cooperative says no official from Rukomo sector responded to the appeals court summons and as a result, the case is still pending up to today.

With this state of affairs, the cooperative, which would have used the land for productive activities, did not get it. And the person who owned it is not using it either. The contested land is idle and the cooperative members, who would by now be generating money, have remained unemployed.

Today, Ntirimeninda Jacques, who is headmaster of Cyera primary school in the same area, meaning he has a job, while others have nothing to do. When we sought to know his position on the issue, he referred us to his wife.

The wife, for her part, said she filed all her positions with court and would not discuss the issue. She refused to make any more comments.

Bayingana Jean Marie Vianney, the former Rukomo sector executive secretary, when contacted to comment on this contested land, said he no longer remembers anything since he left long ago. He said: "Dont you think you want to make me carry a cross for something I completely have no idea about.".

As for the current Rukomo sector executive secretary Mbarushimana Prudence, he said he was not in charge when this land was handed out and therefore cannot say anything.

Such is the complicated case that surrounds public land in Rukomo sector. There are said to be many such cases where people are fighting over land that belongs to the state. And officials are quick to distance themselves when as asked.

Ndayambaje Felix, the mayor of Gicumbi district, asked how an ordinary resident is able to acquire a land title of public land, responded that it was illegal. He added that some, especially sector officials, have used their authority to hand themselves land.

"The time when we were conducting census of public land, we found some who had lived on the land for long, had registered it in their names. Also, some officials had also allocated the land to themselves such that during the census, they claimed it was theirs," said the mayor.

From other sources, who preferred anonymity, we have established that Gicumbi district has instituted a commission to identify all public land in the district. So far, in Rukomo sector alone, 30 people have been identified as owning land titles of public land.

According to our source, who showed us the list, which includes officials mainly, the investigation is still ongoing in the same sector. It means that hundreds of people in Rukomo sector, and perhaps thousands in the whole Gicumbi district are illegally holding land titles for public land.

The same cases, as media reports have indicated from other districts, are common elsewhere. When people own public land, it means when government wants to reclaim it for a road or reafforestation, has to either compensate them or forcefully remove them thereby causing unnecessary suffering.