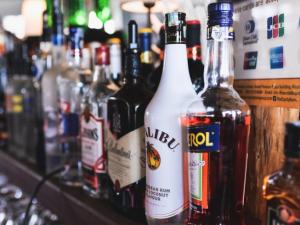 The Government is considering to raise the legal age for buying and consuming alcohol from 18 years, saying that the current policy has failed to contain alcohol abuse among teenagers.

The Minister of Gender and Family Promotion, Soline Nyirahabimana, made the disclosure at the Youth Forum Series, recently where she said that they are considering to raise the age for alcohol drinking to between 20 and 25 years.

The decision comes after last year’s UN report indicated that Rwanda has one of the worst drinking problems in the East African region.

The minister said that drug and alcohol abuse among the youth was on the rise, calling for fresh impetus in their fight.

The change is being discussed and will be communicated to the public as soon as it is settled.

Dynamo Ndacyayisenga is in-charge of management of alcohol and drug use disorders at the Rwanda Biomedical Centre (RBC).

He explains that to protect young people from the dangers of alcohol, it is important to think about the legal age for alcohol consumption.

He explains that a person’s brain development continues until 25 years of age. Consuming alcohol before 25 stagnates that development.

Besides that, Ndacyayisenga articulated that before the age of 20, alcohol addiction is very likely.

He disclosed that alcoholic beverages are one of the most dangerous drugs in Rwanda.

This is because they are the most consumed by the youth, the most affordable drugs and have immediate impacts.

In 2018, the United Nations Economic Commission for Africa (UNECA)’s report warned Rwanda against excessive alcohol consumption, saying that the country was the second-highest alcohol consumer in the region.

The New Times collected views from concerned people on whether raising the age for alcohol consumption is the right solution to alcohol abuse in the country.

Ndacyayisenga says that age limit alone would not serve the ultimate goal to discourage drug abuse in Rwanda.

“Community and family, schools, local leaders and churches need to give a hand in this. The problem lies more in people’s mindset and social lives than in laws and policies,” he said.

Emmanuelle Mahoro, a local psychologist, says that 18 is a transitional age to adulthood and can be very challenging.

“There is no better age to consume alcohol but at least over the age of 20, the mind and body can cope with the damage,” she says.

However, she adds, excessive alcohol consumption is mostly used as a haven for psychologically and socially troubled people.

Before tackling the age issue, more efforts should be invested in finding community-based solutions.

Regis (surname withheld) is a 25-year-old who started consuming alcohol at the age of 14.

From his experience, alcohol consumed at a young age has severe mental effects. He, however, sees little impact by the age restriction.

“There are always ways for people to circumvent the law. For instance, juveniles consume alcohol without supervision in neighbourhood boutiques,” he says, adding that the best way to tackle to the problem is to teach people about the effects of alcohol on health.

Gilbert Ndoli is a bar owner in Kigali. The majority of his clients are aged between18-35. If the age is raised, he thinks over 20 per cent of his clients will be lost.

However, Ndoli thinks increasing the age will barely discourage youth from consuming alcohol.

“Sensitizing people and having family and community involvement is a holistic approach on this.”

The move to raise the age for alcohol is of the latest strategies to curb alcohol abuse after the Rwanda National Police imposed strict rules on drink-driving.

According to the World Health Organisation, 5.3 per cent of all deaths are attributable to alcohol consumption.

Globally, 61 per cent of countries have a drinking age of 18 or 19. India is the exception, where some states have a minimum drinking age as high as 25 and 30 years old.