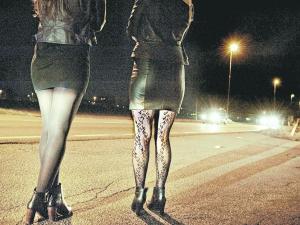 Dar es Salaam. Like elsewhere in the world, scores of women and girls in Tanzania live in the shadow of human trafficking, whether lured and ensnared or fraud, but they generally live in limbo, fear and pain.
Human trafficking is a heinous crime that shatters lives, families and dreams as the country’s trend sets off alarm bells.

More than 200 victims are being rescued year in, year out.
While many people know that numerous cases of human trafficking involve international crime, The Citizen’s survey reveals the opposite as victims of domestic trafficking narrate their ordeal of servitude, hotel service and sex business.
This comes at a time when the government acknowledges that the activity was on the upward spiral over the years and many children have been lured and transported from one region to another as labourers.

Most of these victims are left to become potential international human traffickers, thus endangering their lives more, according to experts.
At the age of 18 years, Ms Nadia Maduhu* left her home in Shinyanga in 2020 for Dar es Salaam hoping to find a high paying job after being promised by a middle man

However, without any kind of academic certificate, she struggled to find employment as the middle man disappeared and could not be traced soon after Ms Nadia* arrived in Dar es Salaam.
Here, a woman with whom the young girl believed was her saviour offered her a job as a waitress in Mbezi, a suburb of the commercial city of Dar es Salaam.
But, things took a turn for the worse after she had been oriented at the restaurant, bar and nightclub.

Ms Nadia* recalls: “They told me that I would be paid Sh5,000 per day, which I didn’t consider it as bad because I was in need of such an opportunity...”
However, my employer (Mariam Ahmed*) introduced me to four other girls who were my age mates and I was stunned when I was told that the job was to become a sex worker at the nightclub as one of my duties, something that disappointed me, but I had to accept because I had no any other alternative,” she narrates.
This is when the young lady found herself becoming a sex slave and did whatever the night club’s clients wanted. For the nightclub, she was told that she would have to earn up to Sh200, 000 per month.

For a year, her life was consumed by the nightclub work. Upon leaving the club one evening, Ms Nadia* saw a police car approaching and stayed to let the police rescue her because she was already tired of the job which she never saw a single coin getting into her pocket for the entire year.
“I was deported back to Shinyanga and since my parents were struggling plus the embarrassment I had gone through, I had to return to the commercial city through my uncle who promised to have me employed, however, still the bad omen continued to follow up on me,” she says.
After having manoeuvred her way back to Dar es Salaam for the second time, she never heard from his uncle again, thus the streets became her home, ashamed and unemployed.
She decided to go back to the sex industry until she was approached by a Good Samaritan who was a customer of the nightclub after seeing her overwhelmed by thoughts.
“She took me and connected me with one of the organisations that help victims of human trafficking and those of domestic violence (she did not mention the organisation’s name). They offered me work. I wasn’t sure that I would fit in, but slowly I began to trust them as they took me through psychological guidance,” she says.

However, The Citizen did not end up only with Ms Nadia*, while on a trip to Spring of Hope Rehabilitation Centre under the Society of Daughters of Mary Immaculate and Collaborators (SDMIC) popularly known as DMI at Kibamba in the outskirts, many victims narrated their tribulations.
At the centre, here comes a young girl, Ms Sophia Mohamed* who found herself in a difficult situation after her parents separated and had to live with her grandmother.
Although her mother continued to help her in studies by providing learning materials, when Sophia reached standard three her mother died, so it was all gloomy for her.
As a result, all three children of the family found themselves struggling while she stayed with her grandmother, her other siblings went to her aunt while her elder sister got married and came to Dar es Salaam.
“After like two months, my elder sister who was married and lived in Dar es Salaam called me to travel to the city for work so that I can help my grandmother who was sick,” she explains.
“Last year (2021) January, I boarded a bus and arrived here (Dar) where my sister handed me over to my employer… I stayed with her for three months without being paid along with suffering including being denied food,” she says. When she told her sister that she was being tortured and therefore she would like to return home, the latter advised her to be patient as she looked for another job for her elsewhere.
“When I went to the second employer, I encountered more suffering, this time I decided to run away without informing my sister for fear that she would find me another similar job,” she notes.

Then, she found herself at the Magufuli Bus Terminal asking for help to be transported back to Lindi Region, in attempt to escape persecution, “after staying for a while a man saw me and directed me to go to an office where I met a police officer and two women who questioned me and brought me here at the rehabilitation station.”
“Right now, I’m happy, at peace and I’m continuing to learn sewing because I hope to become a great designer in future,” explains the 16-year-old.
According to the SDMIC’s country director, Ms Fatima Rani, the organisation is an apostolic union of nuns founded in 1984 with the aim of accomplishing apostolic-cum-development work in remote corners of the world.

The mission of the organisation is to love and serve unconditionally the poor and the marginalised particularly, the vulnerable women, children and youth and help them to organise themselves to lead a decent life with dignity.
“This is the work we are doing to save and restore smiles to daughters who are victims or potential victims of human trafficking,” she notes.
The rehabilitation programme was launched in the country to reduce and arrest human traffickers where over a decade now, the organisation has rehabilitated 794 young trafficked victims through psycho-social support, training on vocational and life skills.
“These are able to redeem their self-esteem and return to decent work and life through job placement and alumni associations’ platform. They are successfully reunited with their families,” she explains.

About the situation
According to Ms Rani, yearly, they rescue at least 150 to 200 victims of in-country trafficking who are mostly from lake zone regions since the trend had already shifted from the southern regions of Tanzania five to six years ago.
“We really want the society to be made to know what human trafficking entails and where to direct the victims wherever they come across them. We are ready to accommodate more victims because that is exactly our dedication,” she notes.

For his part, Mr Alexander Lupilya, the head of research, statistics and rehabilitation at Tanzania’s anti-trafficking secretariat says the government has rescued at least 182 victims, who were being transported some abroad and others for domestic work in the period from July 2021 to June 2022.
Mr Lupilya adds that the number has increased compared to the year 2020 to 2021 where 165 victims were rescued as he states that at least 33 criminals were arrested and brought to court, where 13 of them have been sentenced for imprisonment and paid fines after being convicted.

He notes that the government’s plan was to ensure that the illegal activity is eradicated by 2024 through underway strategies to continue providing education to the community regarding the effects of human trafficking.
“We are now going to look at the possibility of amending the law (2008 anti-trafficking law) so that we can do away with the fines and instead keep imprisonment alone like it’s the case for rapists,” he noted.
He said they were also strengthening the secretariat in their offices in Zanzibar, noting that the budget has been allocated for that purpose and also to increase the number of executives to work professionally to end the illegal business.
https://www.thecitizen.co.tz/tanzania/news/national/human-trafficking-sy...