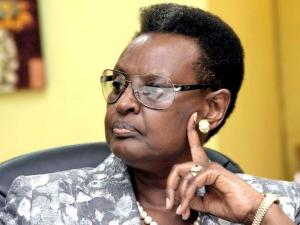 Uganda's minister of Education and Sports, Ms Janet Museveni, who is also the country's First Lady, has rejected pleas by the Belgian ambassador to reopen international schools before the end of the year.

The envoy had made the request to government amid concerns that international students' academic year would be disrupted. Ambassador Rudi Veestraeten had argued that their academic year starts in September while that of Ugandan schools starts in January.

He noted that if international schools are left to reopen in January along with other local schools, the learners will have lost half a year.

“If the Ministry of Education can permit international schools to reopen, they will follow (Covid-19) guidelines just like they did last year. A number of diplomats send their children to these schools, so they are requesting the ministry to allow them to reopen before next year,” Mr Veestraeten added.

However, Ms Museveni rejected the request, noting that most learners in international schools are day scholars so they can easily transmit infections from schools to their parents.

“I received another letter from another ambassador other than you asking us to reopen international schools sooner than later. The problem we have been having is learners carrying the virus from schools to their parents. How shall we explain to communities if this happens?” Ms Museveni said.

She added that it would be unfair to reopen international schools and leave out local ones, and asked their parents to continue with online teaching.

“I want you to understand and take our message to other colleagues. Government will reopen all institutions when it is safe. If we vaccinate all the teachers, non-teaching staff and elders in the community, we shall open schools knowing we have done everything to save lives,” Ms Museveni said.

Uganda's Ministry of Education came under heavy criticism this year after it permitted international schools to reopen to conduct end-year exams, with the many Ugandans accusing the government of double standards.

More than 15 million learners in the country are still locked at home, with some, especially nursery and Primary One to Three pupils, spending nearly two years without stepping foot in class.

The government shut all institutions of learning in March last year, and again in June this year for the second time. The public has been putting pressure on the government to reopen schools before the year ends in vain.

President Museveni early this month cleared universities to reopen on November 1, while primary and secondary schools are scheduled to reopen next year.

Higher education institutions
Meanwhile, the Minister for Higher Education, Mr John Chrysostom Muyingo, said the students who sat for the 2020 Uganda Advanced Certificate of Education and qualified to join tertiary institutions will have to wait longer after their planned reopening in November.

There, however, has been confusion among members of the public about which category of students will report back first.

He said the ministry is working on the guidelines on how they will reopen and will issue dates for Senior One, Senior Five and First Year university students.