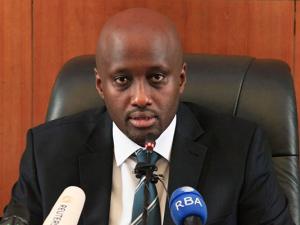 Prime Minister Edouard Ngirente made the announcement, that took many by surprise, on Thursday night noting that he was acting under the authority of the President.

"The President of the Republic has removed from office Ambassador Olivier Nduhungirehe for consistently acting based on personal opinions over Government policies, while serving as Minister of State in the Ministry of Foreign Affairs and International Cooperation in Charge of East African Community," Dr Ngirente said in a statement.

Mr Nduhungirehe responded to the dismissal in a tweet thanking President Kagame for appointing him to the job over two years ago.

"I am grateful to His Excellency Paul Kagame for the trust bestowed in me for the past two years and half, when I was privileged to serve as Minister of State in charge of the East African Community. I am committed to continue serving my country and the government in another capacity," he tweeted.

It was not immediately clear what actions led to his sacking but barely minutes after the firing was made public, Mr Nduhungirehe is reported to have deleted a series of tweets in which he appeared to contradict the official account about the 1994 Genocide against the Tutsi.

In one of the deleted tweets on April 7, the day marked for remembrance, he had posted that "politicians that were killed during the genocide" should also be remembered. It elicited a backlash from Rwandans on Twitter with one user, identified as Lozen Rugira, stating that the commemoration is “not to remember politicians”.

In an exchange that ensued, the Rwandan diplomat countered stating that "remembrance is precisely about ‘personal circumstances’; and collective memory is an addition of individual memories."

He added: "Every Rwandan remembers his or her loved ones. This is the purpose of Kwibuka. No one has the right to tell others when or how to remember them."

With a following of over 112,000 on Twitter, Mr Nduhungirehe is well known for his active social media presence—sometimes engaging users on multiple subjects in heated arguments.

As state minister for foreign affairs, he was overlooked twice for the top job when seasoned politician Richard Sezibera was named Minister of Foreign Affairs, and later by Vincent Biruta who took the post last year.

At the helm of frosty ties between Rwanda and Uganda last year, he headed Kigali’s delegation during multiple ad-hoc committee meetings with Ugandan officials.

Prior to his appointment, he had previously served as Rwanda's first councillor to in Ethiopia between 2007 and 2010, after which he was appointed as deputy ambassador to the United Nations.

He then served as Rwanda’s representative to the International Conference of the Great Lakes Region (ICGLR) before being appointed as the state minister for EAC Affairs in August 2017.

He follows in the footsteps of ministers that have recently suffered a similar fate including the minister of health, Diane Gashumba, who was sacked in February over a scandal concerning coronavirus test kits and for a “series of habitual gross errors and repeated leadership failures.”

In the same period, President Kagame fired the State Minister for Education, Isaac Munyakazi, who was later investigated for accepting a bribe of Rwf500,000 (about $550) to doctor school rankings.