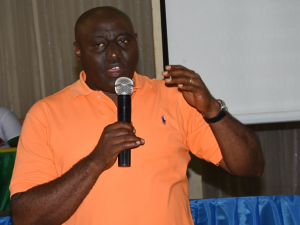 President Paul Kagame on Monday suspended the Governors of Southern and Northern Provinces over matters related to accountability.

“His Excellency The President has suspected from duty Mr. GASANA Emmanuel, Governor of Southern Province and Mr.GATABAZl Jean Marie Vianney, Governor of Northern Province owing to matter  of accountability under investigation,” a statement signed by the Prime Minister Dr. Edouard Ngirente on behalf of the head of state reads.

Both Provinces have been cited in the 2019 Auditor General’s report as entities where public resources went unaccounted for but it is not yet clear if the suspension is linked to the report. President Kagame however during the National Leadership Retreat said many top officials, including Ministers would be held accountable in months to come.

Prior to his appointment as Governor, Gasana was the Inspector General of Police (IGP) while Gatabazi had been a Member of Parliament for 14 years.

The suspension of the duo is the latest involving high ranking officials, following the suspension of Gen Patrick Nyamvumba on April 27 from his position as Minister of Internal Security also owing to matters of accountability under investigation.