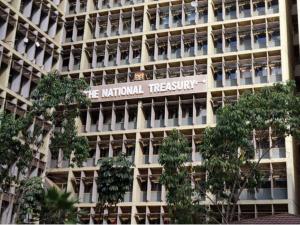 The country has already received Ksh32.9 billion (about $298.6 million) loan repayment break which it would have paid between January and June, and will make more savings if the period is extended for another six months.

“We should add that G20 have committed to consider if they could extend the Debt Service Suspension Initiative (DSSI) beyond June 2021. They will consider it in April in the context of the IMF-World Bank spring meetings,” he said during a post monetary policy committee (MPC) briefing on Thursday.

The Paris Club — which includes Belgium, Canada, Denmark, France Germany, Italy, Japan, Republic of Korea, Spain and the US — earlier this month said it had accepted a request from Kenya for debt service suspension from January to end of June.

Kenya will repay the money over five years with a 12-month grace period, reducing the level of debt service that has fomented a crisis following decline in revenues due to coronavirus pandemic

The country has also applied for relief estimated at Ksh40.6 billion ($368.5 million) due from January 1 to June 30 from non-Paris Club creditors.

Dr Njoroge said Kenya’s bilateral debt to rich countries for the six months to June stood at $600 million (Ksh66 billion) with China holding more than half of the debt due at $378 million (Ksh41 billion).

Finance Cabinet Secretary Ukur Yatani said he had also received confirmation from China that it will give Kenya a similar moratorium.