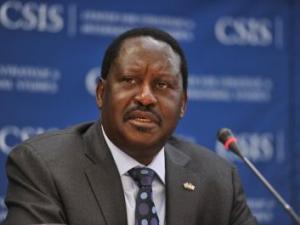 The day the Lord had made was on December 10, 2021, when former Prime Minister Raila Amolo Odinga announced his presidential bid in the upcoming general elections in Kenya come this August. The much-touted Azimio La Umoja and Inawezekana themes’ launch attracted thousands of Kenyans from all walks of life in support of the Statesman whom this time around seems to be lucked out with clinching the country’s top seat after a series of unfruitful attempts.

Raila’s 2022 bid looks like no other. When you, critically, analyze Raila’s current political situation, his political playbook, and the support he has gained from his political soulmates, the Kenyan people, their friends, and allies; one agrees to the fact that this is his turn.

The famous Tyranny of Numbers projects Raila as favorite over his bitter rival current Deputy President William Ruto. The Kenyan politics are premised, driven by tribes which dictate who will have the numerical strength thus winning the presidential, Senatorial parliamentary, and gubernatorial seats. Reading from the recent President Uhuru Kenyatta’s public endorsement of Raila; the Western Kenya’s dominated Kikuyu tribe, the Luhya- Abaluyia as well Raila’s own Luo-Jaluo tribes teamed up together make up a reasonable share of votes good enough to propel Odinga to State House. Each of the tribes undermentioned account for over fifty percent (50%) of the Kenyan population so as the registered voters.

The handshake effect and post 2007 trauma riddance. Experience will always matter in all fields of life. When Raila lost the 2017 elections, he proceeded by swearing himself in as the ‘People’s President’. His acts weren’t only unconstitutional but also treasonable which could earn him a lifetime sentence, however as political guru he had strategically played his cards well. In taking that risk he had found something that would shake and threaten President Kenyatta’s administration until he reaches out to him for talks. A truce was agreed on, Raila, his National Super Alliance (NASA) principals, Former Vice Presidents Kalonzo Musyoka, Musalia Mudavadi Ex-minister Moses Watengula met President Kenyatta and his Deputy Ruto. All leaders agreed to reconcile, forge unity and peace for Kenyans which gave birth to the Handshake.

Today, Kenyans are proud beneficiary and witnesses of the unity, peace and transformation that their nation has undergone after the handshake. Those suffered horrific ordeals, lost their people & businesses in 2007 Post Election Violence would never wish to go back to the harm’s way. They will do everything in their capacity to support Raila’s presidency who commands a big number of audience to avoid the likely 2007 situation if he loses the polls.

Comparatively, on DP Ruto’s side, he seems not to be attracting support and favors from regional leaders apart from the Ugandan President Yoweri Kaguta Museveni.

Both leaders have forged a relationship through which the former seeks support to his presidency. Fellow analysists understand that the growing bromance between Ruto and Museveni aims lobbying for support towards installing the former as the next president of Kenya. This is vindicated by a series of trips DP Ruto has made to Uganda where private meetings were held with President Museveni.

Furthermore, taking into consideration of the current Democrats Administration of the World’s superpower, President Joe Biden wouldn’t think twice about supporting Raila’s presidential bid. First foremost President Biden would never turn down any request from his best friend, former President Barack Obama. Obama traces his roots back in Kenya, his father hailed from Raila’s Luo tribe. Patently, Obama will always choose Raila over any other presidential candidate in Kenya. I’m under impression that during the recent meeting between President Kenyatta and Biden, the former introduced and recommended Raila as the right person to succeed him.

Nonetheless, nobody should undermine DP Ruto’s political influence, he has fashioned himself as the political kingpin of the Kalenjin community which represents close to seven million of the entire Kenyan population. Besides that, he came up with the ‘Bottom Up’ economic model which is selling to Kenyans through his Wheelbarrow & Hustler Nation movement. He might win hearts, support of the struggling youths looking forwards to employment opportunities as well as making ends meet when he takes the reins of power.

Secondly, although many including my own self believe that Kenya’s upcoming presidential elections are going to be a two-horse race; there are other respected and bold politicians under the Umbrealla of One Kenya Alliance (OKA) whom include Former President Arap Moi’s son Gideon Moi, Former Vice Presidents Kalonzo Musyoka, Musalia Mudavadi Ex-minister Moses Watengula. The OKA principals represent a reasonable audience which has a permanent place on the decision-making table of who rules Kenya.

It’s beyond argument that whoever wins the support of these four principals between Raila and DP Ruto will definitely become the next president of Kenya.

Drawing from the undermentioned facts, Raila remains ahead of his political rivals in the hotly contested race for Kenya’s top seat come August 2022. Sam Abdul Aziz Sewanyana-Junior is a Political Analyst.