LGBTQ migrants in Britain fear being sent to Rwanda 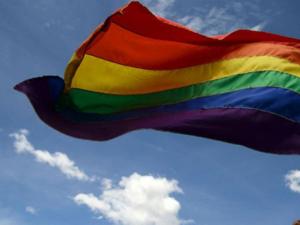 As Britain pushes ahead with plans to send migrants to Rwanda, Hadi, a gay asylum-seeker who fled Iraq, said he would rather be sentenced to death.

Under a controversial law passed in April, the UK plans to send asylum-seekers deemed to have arrived illegally on British soil to Rwanda, an East African country 6,000 kilometres (3,728 miles) from London, starting in mid-June.

Sitting in a park in Manchester's Gay Village, a neighbourhood in the heart of the northern English city, Hadi -- not his real name -- told AFP about his escape from persecution and rape attempts in Iraq.

He still bears the scars.

"I was hit on the arm and back and I lost consciousness because of the pain," he said.

Hadi, who is in his twenties, sought asylum in Britain in January 2022 after crossing Europe from east to west.

When he heard about the plan to send migrants to Rwanda, he thought he was reliving his worst nightmares.

"We suffered and escaped death, we crossed the sea, all to be sent to Rwanda? Kill me or sentence me to death instead of sending me there," he said.

He described the move as "unjust and criminal", amounting to "a death sentence for all refugees" -- and urged Prime Minister Boris Johnson and interior minister Priti Patel to abandon the plan.

Although homosexuality is not banned in Rwanda, LGBTQ people are frequently sacked from their jobs, disowned by their families, deprived of medical care and sometimes beaten up.

Britain's interior ministry, the Home Office, admitted in a report to having "concerns" about the treatment of LGBTQ people in Rwanda.

'Fear'
"Why do you want to deport them to Rwanda? So that they will be persecuted more?" said Aderonke Apata, who founded the NGO "The African Rainbow Family" and helps LGBTQ migrants integrate into British society.

Apata, herself a lesbian and former asylum-seeker, said Hadi "lives in fear every second".

"He thought the UK respected gay rights... Now that he is there, he is suddenly faced with the prospect of being deported."

She expressed fears there would be "no oversight of what's happening... in detention", and argued the monitoring mechanisms set to be put in place in Rwanda are not realistic.

"Here in the UK, personally, I had a homophobic attack when I was in detention," she recalled.

"That was here in the UK. Now tell me, if people are now taken to Rwanda, who is going to protect them?

"For me, what the government is doing is a way of washing their hands of the conventions that guarantee human rights for refugees," Apata added.

The government says its plan aims to deter the growing number of migrants making the perilous journey across the English Channel.

But the move has drawn strong criticism from human rights groups, which on Wednesday launched legal action to block it.

It is unclear when the first flight will be able to depart, given the court challenge.