Magufuli pledges to power Tanzanian villages as campaigns heat up 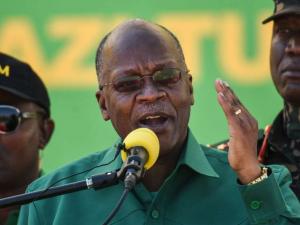 Chama Cha Mapinduzi (CCM) presidential candidate John Magufuli has promised to fast-track electrification of 2,600 villages that are still in the dark in Tanzania should he be re-elected.

He said the remaining villages will be connected to the national grid within two years.

Dr Magufuli made the remarks when he addressed Manyoni residents on Tuesday while on his way to Singida from the capital Dodoma, accompanied by various CCM party cadres. The three areas are in central Tanzania.

“There are many things to be done here in Manyoni. If I am elected President, I will make sure that all the pending roads, water and power projects are completed in the shortest possible time (residents) to have access to economic opportunities,” he said.

According to President Magufuli, his government has already connected some 9, 570 villages to the grid in the past five years, saying only 2,018 out of 12,228 total villages had access to electricity when he took over the presidency.

The number of customers connected to the main grid also reached over 2.766 million, up from 1.473 million, an increase of 1.293 million new connections.

The increase in power capacity is attributed to the completion of Kinyerezi I and II natural gas-powered stations that are generating a combined capacity of 398.22MW.