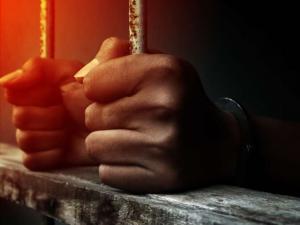 More than 200 prisoners have escaped from a jail in Moroto, north-eastern Uganda, bringing the local town to a standstill while security forces try to track them down.

In a bizarre twist, the Singila Prison inmates are said to have taken off their distinctive yellow uniforms and fled naked into the hills to avoid detection.

At least one Uganda People’s Defence Forces (UPDF) soldier was reportedly shot dead in a fire exchange with them.

The prison facility is located on the foothills of Mount Moroto which is on the edge of the town.

By press time, Ugandan authorities said one inmate had been put out of action while three others were recaptured.

Security officials who did not want to be named since they are not authorised to speak to the press, said the inmates numbered about 219. They grabbed guns from prison warders before they escaped and ran towards Mt Moroto.

The Uganda Prisons commissioner-general Johnson Byabashaija confirmed the development on Wednesday and said the escapees had overpowered prison staff before accessing the armory that had about 15 rifles.

“They are on the loose now. Heavy exchange of fire ensued. They have run towards Mt Moroto,” Mr Byabashaija said on Wednesday.

The army later called for calm and said they were in pursuit of the escapees.

“The operation by UPDF in pursuit of escapees from Singila prison in Moroto to rearrest them and recover the stolen guns continues. The population, therefore, is advised to stay calm,” the UPDF spokesperson, Brig-Gen Flavia Byekwaso, tweeted on Wednesday night.

The prison break happened at around 4.30pm.

Business in Moroto Municipality was brought to a standstill as a joint force of police, army, and prison warders engaged the escapees, who are mostly hardcore criminals.

Residents were seen watching in shock as security operatives pursued the inmates.