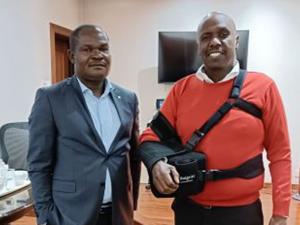 Azimio members of the county assembly (MCA) have resolved to back Ken Ngondi and Abbas Khalif for the positions of Speaker and Majority leader respectively.

Nairobi News understands the MCAs have been quietly lobbying for these positions ahead of Thursday’s swearing-in and election. Team Azimio, as it is known, is silently confident it has the numbers to have its candidates elected.

Ngondi and Khalif are said to have the backing of ODM party leader Raila Odinga, his Wiper counterpart Kalonzo Musyoka and Kanu chairman Gideon Moi.
“We are confident that the Azimio coalition, which is the majority in the assembly will bag the chairmanship of the Public Accounts Committee (PAC) since the newly elected governor is from the United Democratic Alliance (UDA) party and therefore the chairman of PAC cannot come from the same party,” an Azimio MCA told Nairobi News off the record.

Nairobi has had three speakers of the National assembly since the advent of the new constitution. These are the late Alex Ole Magelo, Beatrice Elachi and Benson Mutura.