No tsunami threat after quake strikes off Tanzania 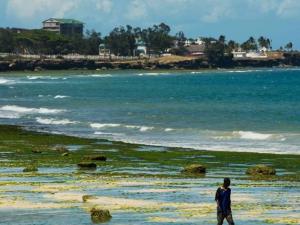 The offshore quake struck at a depth of 15.5 kilometres just after 8 pm (1700 GMT) local time. The epicentre was 34 kilometres east of Kuruti Island.

There were no immediate reports of damage, but the tremor was felt as far away as Nairobi in neighbouring Kenya.

The Tanzania Meteorological Authority (TMA) on Thursday assured the public that there was no threat of a tsunami following the earthquake.

“There’s no impact or changes in the ocean currents and weather forecast following the earthquake. TMA advises all those who reside close to the Indian Ocean and anyone who engages in various activities close to the ocean side to rest assured of their safety and continue with their daily duties,” the meteorological authority said.

Deep quakes tend to cause less shaking than shallower ones, which have far more potential for destruction.