Novel Coronavirus: WHO says working around the clock to prevent spread 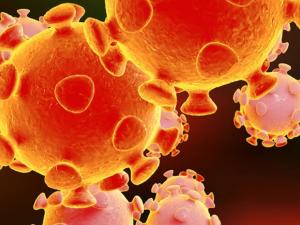 With hundreds of people in more than 10 countries, mostly in Asia, having been diagnosed with novel noronavirus, the World Health Organisation (WHO) says it is working with experts to understand the virus’ DNA composition in an effort to thwart further spread.

The outbreak of the 2019 novel coronavirus (2019-nCoV) was first identified in Wuhan, China, last year.

In Rwanda, the Government last week issued a safety advisory for institutions in the travel industry concerning the safety of passengers travelling to other countries, especially where cases of the deadly new Coronavirus have been reported.

“WHO is working with networks of specialists to analyse 2019-nCoV full genome sequences as they become available,” the UN health agency tweeted Monday, announcing it had not received evidence that the virus has changed.

Whole genome sequencing, the most direct method of detecting mutations, is the process of determining the complete DNA sequence of an organism's genome.

A genome is an organism's complete set of DNA, including all of its genes.

The latest situation update – published Sunday – indicates that WHO’s assessment of the risk of this event has not changed since the last risk assessment conducted on January 22: very high in China, high at the regional level and high at the global level.

The WHO situation update indicates that, on Sunday, the number of confirmed cases of novel coronavirus (2019-nCoV) had increased by 694 cases since the last situation report published Saturday.

A total of 2,014 confirmed cases have been reported globally. Of these, 1,985 cases were reported in China, including Hong Kong (five confirmed cases), Macau (two cases) and Taipei (three cases).

Of these, 26 cases had a travel history from Wuhan City, China.

Among the three cases identified in countries outside of Chin, one case in Australia had direct contact with a confirmed case from Wuhan.

For the case in Australia reported Sunday, travel history is not yet known, officials said.

One case in Viet Nam had no travel history but was in contact with a confirmed case (his father with travel history to Wuhan), resulting from human-to-human transmission within a family.

Of the 1,975 confirmed cases (excluding Hong Kong, Macau and Taipei), 324 cases were reported as severe.

The WHO says 56 deaths have been reported to date (52 deaths in Hubei province and 4 from outside Hubei).

A novel coronavirus (nCoV) is a new strain that has not been previously identified in humans.

Coronaviruses are zoonotic, meaning they are transmitted between animals and people.

Detailed investigations found that SARS-CoV was transmitted from civet cats to humans and MERS-CoV from dromedary camels to humans. A civet is a small, lean, mostly nocturnal mammal native to tropical Asia and Africa, especially the tropical forests.

Several known coronaviruses are circulating in animals that have not yet infected humans.

According to WHO, common signs of infection include respiratory symptoms, fever, cough, shortness of breath and breathing difficulties. In more severe cases, infection can cause pneumonia, severe acute respiratory syndrome, kidney failure and even death.

“Avoid close contact with anyone showing symptoms of respiratory illness such as coughing and sneezing,” WHO says.