Nyamasheke: A citizen who was in custody for media interview was released 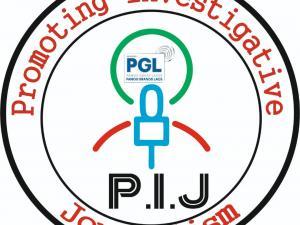 Nshimiyimana Ananias, a resident of Nyamasheke district in Kagano sector, was taken to a rehabilitation center for more than one week was taken back to his village for public hearing and   immediately released.

Last week, we shared the story of Ananias, a resident of Kagano sector, Rwesero cell, Mutusa village, who had been taken to a rehabilitation center. On Monday, a community meeting was held in the village where the resident lives, the interim mayor of Nyamasheke district, Mr. Ntaganira Josue Michel who was present at the meeting, asked neighbors about Ananias allegations and they could not prove it.

Ananias Nshimiyimana said that he was arrested after he spoke to the media, according to the Kagano sector executive secretary.

"The one who told me that I will be arrested because I spoke to the media was Gitifu of Kagano sector," he said, adding that five other people had been taken away.

During the meeting, the Executive Secretary of Rwesero Cell, Mrs. Mukandayisenga Jeannette, asked the people to provide information from that day on.

"If you continue to provide that dusty (information that leaders don’t want to leak out) to media, you will be put in jail immediately.” She said.

Ananias Nshimiyimana was arrested on September 4 this year and detained in Nyamasheke Rehabilitation Center.

A special meeting was convened on Monday 9th to resolve the issue, one of the leaders in Rwesero cell said, adding that the reason for this was that in the ordinary people's assembly held on Tuesday, the leaders would not be present.

Ananias Nshimiyimana is now with his family after a week-long stay at the rehabilitation center.