One dead in Kigali grenade explosion 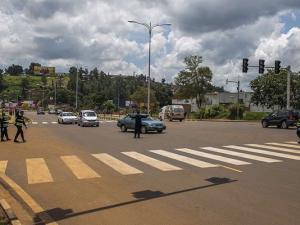 One man died and 11 others were injured when a grenade exploded inside a hair salon in Kimironko, a suburb in Kigali, Rwanda, on Thursday.

The deceased man is reported to have said that “he was carrying something in his pocket”, which he tried to show the barber, according to the Rwanda Police Statement.

The incident happened at around 5.30pm local time.

"One person died while 11 suffered injuries, two serious and nine minor. The victim has been identified as Tunezerwe Jean Paul, 25, a resident of Ndera, Gasabo, and regular customer at the salon, according to witnesses, Police said in a statement.

"It has been established that when the barber, Niyikiza Pacific, 31, requested him to sit for his haircut, the victim said that he was carrying something in his pocket, which he tried to

show to the barber. Inside his pocket was a smoke-emitting grenade. On seeing the

grenade, the barber immediately told Tunezerwe to get out of the salon and in the process the grenade detonated."

The injured, including two children aged 8 and 12, were immediately evacuated to Kanombe

Military Hospital for treatment while the dead body was taken to Kacyiru District Hospital for a post mortem.

So far, seven people have been discharged while four remain admitted at Rwanda Military Hospital in a stable condition.

Police has ruled out terrorism, and the motive for the attack still remains unclear, as investigations continue.

The police is requesting anyone who met Jean Paul Tunezerwe on Thursday to share information they may have about him.