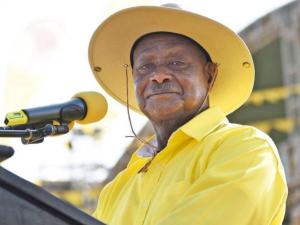 Uganda’s President Yoweri Museveni is expected in Tanzania at the weekend to attend an oil and gas meeting, and later hold bilateral talks with his Tanzanian counterpart Samia Suluhu Hassan.

President Museveni, according to aides, will give a keynote speech during the private sector organised symposium that is set to discuss opportunities presented by the 1,445km East African Crude Oil Pipeline (EACOP) project.

President Museveni’s deputy press secretary Farouk Kirunda said that the Ugandan leader will have a three-day working visit to Tanzania starting Saturday, where, together with President Suluhu, they will hold talks on the progress of the $3.5 billion EACOP project to be jointly constructed between the two countries, and which is expected to connect Uganda's oil fields to Tanzania's port of Tanga.

The two countries in April this year signed the Host Government Agreement, Share Holder Agreement (for the pipeline company) and Tariff agreements, three key agreements to kick off the construction of the East African Crude Oil Pipeline (EACOP) with France’s total and China’s CNOOC.

But the project still faces financing blues after some European lenders walked away from requests to finance it.

The EACOP project is expected to create over 5,000 jobs directly and over 20,000 others indirectly.

Uganda recently secured five acres of land at Tanga in Tanzania to set up a business complex to monitor the country’s expected oil cash inflow from petroleum exports.

The first oil drop from the Albertine Grabben belt is expected to start flowing in 2025 following the launch of project works of the $3.5 EACOP project in April.

According to an earlier statement by Tanzania’s private sector foundation, the symposium, which kicked off on Friday at the Julius Nyerere International Convention Centre in Dar es Salaam, is expected to increase private awareness of the legal, policy and regulatory frameworks for oil and gas in Uganda and Tanzania and create synergies and areas of cooperation between private sector companies in the two countries.

The symposium is a hybrid event expected to gather in-person over 200 high-level private sector officials from both Uganda and Tanzania, and over 2,000 will follow the discussion virtually.