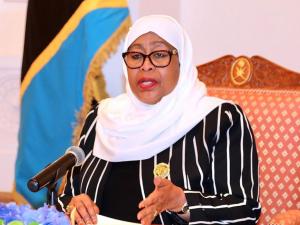 Tanzanian President Samia Suluhu Hassan on Sunday made changes to her cabinet, a few months after she reshuffled the cabinet in April.

In the new changes announced in a statement by the Directorate of Presidential Communication, Ms Stergomena Tax has been appointed as Minister for Foreign Affairs and East Africa Cooperation, replacing Liberata Mulamula.

Prior to the new appointment Ms Tax served as the Defence Minister, being the first woman to head the docket.

Innocent Bashungwa, who was the Minister of State in the President’s Office Regional Administration and Local Government, has been moved to the Defence ministry taking over from MS Tax.

The new appointees are scheduled to take oath of office on Monday at State House Dar es Salaam.