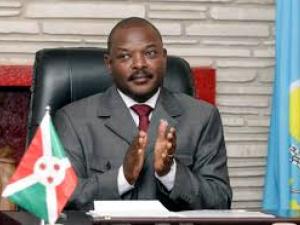 A Quebec town has cancelled a twin cities project with Bujumbura in Burundi after members of  Burundian-Canadians diaspora informed municipal leaders of human rights abuses committed by security services in that state.

During a trip to Burundi on July 11, Yves Corriveau, mayor of Mont-St-Hilaire, signed a twin cities agreement with Bujumbura, the largest city in Burundi. But at Tuesday night’s council meeting, municipal politicians revoked the deal in the mayor’s absence, claiming the agreement wasn’t properly approved.

“The elected officials add that despite the good intentions that motivated this twin cities project — originally dedicated to cultural and ecological issues — they were poorly informed about its context and its possible use for other political purposes,” a statement Tuesday from the council said.

Corriveau has taken an indeterminate leave since returning from Burundi, but on Wednesday he published a letter on a local news website apologizing for his trip to Burundi. He said he saw the twin cities agreement as a way to establish cultural links with a city in Africa.

“I regret the trip,” Corriveau wrote, “despite my good intentions … I am not looking for a pardon. Instead, I would like people to understand that I acted in good faith.”

“I should have done more research, to better understand the political situation,” he continued. “I didn’t, and it was a mistake.”

Twin city projects are legal agreements entered into between two cities, typically to promote cultural and commercial ties. Montreal, for instance, has similar agreements with a number of cities, including Hiroshima, Manila and Shanghai.

But as soon as news broke about the deal involving the small Quebec town 40 kilometres east of Montreal, Burundian Canadians criticized the mayor for being “manipulated” by what they described as a brutal dictatorship.

In an open letter to the mayor published in Montreal La Presse, an association of Burundian expatriates called on Corriveau not to “play the regime’s game.”

Dissidents are jailed or murdered in Burundi, the letter read. “And human rights organizations in the country have been banned, their leaders put in prison or exiled.”

The letter discussed a militia allied with the ruling party, known as the Imbonerakure, “which commits rapes, torture, murder and forced disappearances.” The letter chastised the mayor for shaking the hand of Burundian President Pierre Nkurunziza as abuses were continuing in the country.

Corriveau explained in his letter that he did not plan to meet Nkurunziza, but, “As I arrived in front of him, you understand that I couldn’t do anything other than shake his hand.”

The rights organization adds that local and international media as well as civil society groups, “are unable to work independently and have been banned, forced to close down, or are unable to criticize the government.”

The town council’s statement said Corriveau will pay all his expenses related to the trip and that no other cost related to the cancelled project will be assumed by taxpayers.