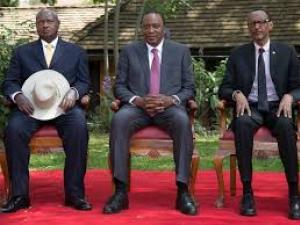 The East African Law Society (EALS) has stepped in to reconcile the long-running dispute between Uganda and Rwanda.

The premier bar association says it has mobilised experienced diplomats, senior lawyers, influential civil society officials and representatives of the business community for the task.

“We are separately reaching out to the heads of state of Rwanda and Uganda with the offer for mediation,” Willy Rubeya, the president of the legal body, said in a statement yesterday.

He added that EALS will avail the team and keep the public informed of the status of the dispute resolution.

The Arusha-based regional bar has an observer status to the East African Community (EAC). It has more than 17,000 lawyers.

One of the organisation’s mandates is to promote regional integration through cross border trade and building capacity of legal, professional and public institutions.

It also appealed to the leaders of the two countries to re-open and operationalise their common border even as lasting solution to the crisis is sought.

Mr Rubeya also expressed profound concern on the deteriorating relations between the two neighbours “due to the fact that are now in public domain”.

He said escalation of the situation at the Gatuna/Katuna border of the two states has brought with it “the undesired effect of constraining free movement of citizens and of goods”.

Mr Rubeya said the society and its members spread across the six EAC partner states believed the solution to the crisis lies in negotiated settlement.

Meanwhile, senior EAC officials have hailed the visit of President Uhuru Kenyatta of Kenya to Uganda and Rwanda on Monday.

“If President Kenyatta went there to mediate the two countries, that is commendable,” Mr Moses Allan Adam, the president of the Arusha-based Friends of East Africa, a lobby group, said.

During the one-day visit, the Kenyan leader conferred with President Museveni and President Kagame.

He said the conflict between the two EAC partner states was this time around disturbing because of counter accusations on the alleged support to the rebels.

An official of the EAC said behind-the-scene efforts to normalise Rwanda/Uganda relations were underway although the involvement of the EAC is not visible.