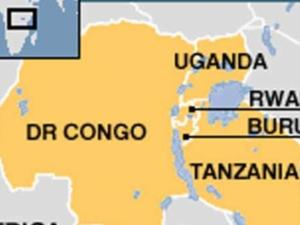 Senior military officers from at least five African Great Lakes countries are attending a meeting in the Congolese city of Goma expected to come up with a joint plan to rout militia groups based in DR Congo.

The armed groups include a myriad of militias from Congo’s neighbours, including Rwanda, and some of them have made deadly incursions on the country in recent past.

Sources say that senior military officers from the DR Congo, Rwanda, Uganda, Burundi, and Tanzania have since Thursday been discussing the possibility of establishing a coalition force to eradicate foreign and Congolese armed groups holed up in eastern DR Congo.

DR Congo armed forces spokesperson Gen Leon-Richard Kasonga was quoted in media reports as saying that the meeting, which closes Friday, "aims at concluding our strategic thinking on sharing our efforts for peace to become a reality."

DR Congo’s new President, Félix Tshisekedi, has made clear he is determined to deal with the issues slowing down his country’s development, including war and insecurity, especially in the vast country’s east.

Some of the negative Rwandan elements likely to be targeted include the genocidal FDLR, formed and led by perpetrators of the 1994 Genocide against the Tutsi, and RNC, a terrorist organisation blamed for a spate of deadly grenade attacks in Rwanda in recent years.

However, it remains to be seen how the countries can work tobgether considering that some of them have heavily been linked with some of these armed groups.

For example, Kigali accuses Kampala of backing and propping up groups hostile to Rwanda, including RNC and FLDR.

A UN report released in December 2018 confirmed that Uganda was indeed a major source of recruits for Rwandan rebel outfits based in eastern DR Congo.

Uganda has also been linked to P5, an umbrella of five groups bent on violent overthrow of the Kigali government. Both RNC and FDLR are members of P5, which is led by wanted Rwandan dissident Kayumba Nyamwasa.

Two senior leaders of the FDLR militia arrested by Congolese authorities last year and later transferred to Kigali have since confessed in court that they were seized as they returned from a meeting with Uganda and RNC officials in Kampala.

The meeting comes weeks after the Congolese army killed FDLR’s overall commander Sylvestre Mudacumura as it stepped up operations against the armed groups in which many P5/RNC fighters have since been killed or captured.