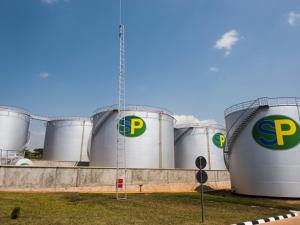 The Government plans to upgrade and construct new strategic petroleum reserves in a bid to improve the country’s fuel security.

According to the Ministry of Trade and Industry, plans are underway to upgrade the reserves to 150 million litres, which are capable of meeting the country’s demand for four months in case of shortage.

The details emerged as the Public Accounts Committee (PAC) tasked the ministry officials to explain why it was falling short of its fuel storage targets.

Wednesday’s PAC hearing was a follow-up to the Auditor General Report for the 2017/2018 fiscal year which shows that the country had just 4.2 million litres of fuel stocks by the time the audit was carried out.

MP Marie-Alice Kayumba Uwera said; “The fuel in stock is little compared to what the government targeted to stock. What would happen in case of a shortage in supply?”

Officials explained that a new national downstream petroleum policy and strategy is in the offing.

However, Robert Opirah, the Director-General of Trade and Investment at the Ministry of Trade and Industry, told the Committee that the plan to upgrade the fuel storage capacity was being slowed down by funding shortfall.

“We are planning to upgrade the storage capacity so we can stock fuel that can be used for at least four months,” he said.

The ministry has already issued a tender for the construction of 60 petroleum fuel reserves with a capacity of 60 million litres, he said.

He also revealed that the draft policy, which is pending cabinet approval, is expected to address the existing challenges.