Rwandan passports to expire next year 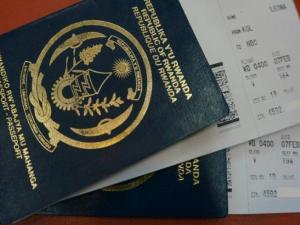 Rwandan passports will no longer be in use effective June 28, 2021, the Directorate of Immigration and Emigration has announced.The expiration follows Rwanda’s adoption of the East African e-passport in June last year.In a statement released on Thursday, August 13, the immigration office said that all passports issued before June 27, 2019, will be phased out, and replaced by the Rwanda East African electronic passport.

When the country began issuing the e-passport, holders of the existing national passports were given a two-year grace period to replace their travel document.

The document can be applied for through Irembo portal. Applicants do not have to wait for the expiry date, according to the statement.

The new passport, currently used in other EAC countries including Kenya, Tanzania and Uganda is admissible globally.

To provide enhanced security, it features a microchip which holds biometric data to ensure the identification of the owner, making the document tamper-proof.

According to the statement, e-passport grants its holders access to more countries without stringent visa requirements.

On payment of the fees, applicants receive a text message requiring them to present themselves at the Directorate General of Immigration and Emigration where they have their picture and fingerprints taken.