Schools To Reopen In The Last Week Of September 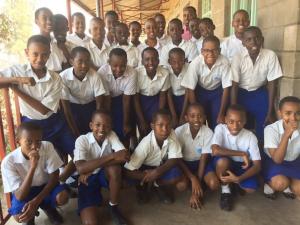 All roads of Rwanda will lead to school in the last week of September 2022.

Students will start heading to school in the last week of September, according to the Ministry of Education calendar for 2022/2023.
As per the calendar that was released on September 9, the first term will start on September 26 and close on December 23 which corresponds to three months.

The students will thus go for holidays spanning from the Eve of Christmas(December 24) through January 7, 2023 which is two weeks.
The second term will start on January 8, and run through March 31, 2023, which is exactly three months.
The holiday for this term will commence on April 1, 2023, and be concluded after the Genocide commemoration week on April 16, 2023.

According to the Ministry of Education, students graduating from primary schools, ordinary level, and those joining level three in vocational schools will have to wait a bit longer for the official date to start their studies.
https://www.ktpress.rw/2022/09/schools-to-reopen-in-the-last-week-of-sep...