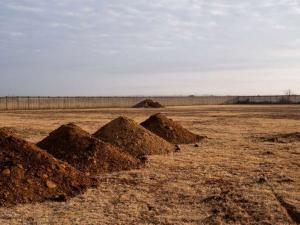 The South African government has started digging thousands of graves in readiness for an anticipated increase in Covid-19 related deaths as infections near in the country-which at nearly 250,000 infections — now has the highest number of cases in Africa.

So far, the country has so far reported 3,720 coronavirus deaths, surpassing Egypt which had recorded nearly 80,000 infections and 3,617 deaths as per a July 10 Friday afternoon tally by the John Hopkins University.

Egypt and South Africa have reported the highest Covid-19 positive cases on the continent.

On July 10, South Africa government announced 13,734 new cases overnight, meaning the country is fully into the runaway phase of the pandemic, and people are now visibly stressed with long and distressed in shopping malls and queues for essential services in shopping malls.

Three out of nine provincial premiers have contracted Covid-19.

Large swathes of land in Gauteng province, now the epicentre of the country’s infections, have been identified and cleared to accommodate possible thousands of graves.

"We had to come and deal with the unfortunate and uncomfortable subject of death and also to see our preparedness as a province to see how we will be able to cater in the event that many people pass on we will be having a whole lot of people who will be passing on in a short space of time," said Dr Bandile Masuku, the Gauteng provincial government Member of the Executive Council (MEC) for Health, last week.

One cemetery in Honingnestkrans, north of Pretoria, has a capacity of 24,000 graves, but more space has been reserved to expand it to accommodate 36,000 graves.

"We are working around those figures and it's something we are prepared for. We are not here to cause panic, but we need to ensure it's also to ascertain from our side that the logistics are in place,” added Dr Masuku.

Gauteng has overtaken Western Cape in terms of both active Covid-19 cases and deaths. Big Gauteng graveyards in Ga-Rankuwa, Soshanguve and Klip-Kruisfontein, Zandfontein, Lotus Garden, Olievenhoutbosch and Laudium are unlikely to have seen as not having the capacity to handle increased number of the anticipated deaths.

Nearly 12.3 million people have been infected globally, with more than 555,000 people dead.

The US has the highest count with 3.1 million positive cases and more than 133,000 deaths.

Images of excavators digging up the graves has set off alarm bells across the country, prompting authorities to respond to rumours that the government intended to dig up one million graves.

“The Gauteng Department of Health is continuing to improve and increase both the infrastructure and human resource capacity of the health system to deal with the increasing pressure from the Covid-19 pandemic.”

Terming death an “uncomfortable matter” to engage in, the authorities said they would nevertheless ensure that there is adequate burial space as a reality the government must contend with.

A surge in the number of deaths has changed the tone with which the South African government speaks about the pandemic.

A desperate call from Health Minister Zweli Mkhize paints the image of a country that is now battling to contain new infections.

“Now it's no longer a matter of announcing numbers of confirmed cases. We are now at a point where it’s our fathers, mothers, brothers, sisters, close friends and comrades that are infected,” said Dr Mkhize, adding, “As a country and the world at large, we are now in this reality where we must live with knowing that some of us can’t even bury our loved ones because of restrictions or even because we ourselves have been exposed.

“The storm that we have consistently warned South Africans about is now arriving. As a nation we have every reason to be united in this fight against Covid-19. We dare not be divided,” said Dr Mkhize.