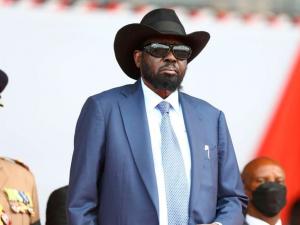 South Sudan has bought a piece of land in Djibouti for the construction of a harbour in its latest effort to find an alternative to the port of Mombasa which is stiff competition from Dar-es-Salaam.

South Sudan has acquired three acres of land at the port for the construction of a facility that will handle its import and export goods as Juba seeks to cut reliance on Mombasa.

The latest development comes just two months after the Chamber of Commerce in South Sudan said it will shift its cargo to the port of Djibouti, which it termed as convenient for the Africa’s youngest State.
“We have been only using Port Sudan and Mombasa but recently, we have decided to go to Djibouti and as I am speaking to you, we have land in Djibouti,” South Sudan Minister for Petroleum Puot Kang Chol is quoted by local media.

The minister said the land was procured by the Ministry of Petroleum for the purpose of exporting the country’s crude oil as well as use it on imported goods. If effected, the move will hit the port of Mombasa given that Juba is one of Kenya’s largest clients.
Mombasa has been the main route for all consignments destined to the landlocked country with South Sudan importing nearly all of its cargo through the Kenyan port.

South Sudan is the second country in terms of cargo throughput volumes at the Mombasa port after Uganda, accounting for 9.9 percent of transit volumes. Uganda accounts for 83 percent of all throughput cargo followed by the Democratic Republic of the Congo, Tanzania and Rwanda at 7.2, 3.2 and 2.4 percent in that order.

Kenya Ports Authority managing director John Mwangemi said South Sudan is one of their largest clients but they can choose a preferred facility.
“I am not aware of the development in South Sudan but the government there can make a choice on which port to use,” said Mr Mwangemi.

The announcement by South Sudan comes just a few days after President William Ruto issued a directive for all inbound cargo to be cleared in Mombasa, dealing a blow to the Inland Container Depot (ICD) in Naivasha.

Kenya allocated South Sudan land in Naivasha for the construction of a dry port, which would see goods destined to Juba cleared at the ICD facility to save truckers the long journey to Mombasa. Kenya has also allocated a piece of land to Uganda to clear its goods in Naivasha.

Dr Ruto promised during the election campaigns to return the port services to Mombasa if elected as President in the August election.
https://www.thecitizen.co.tz/tanzania/news/africa/south-sudan-to-build-h...