South Sudan on high alert after Ebola outbreak in Uganda 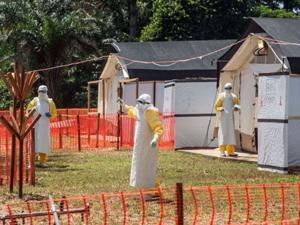 South Sudan is stepping up vigilance along its borders following an outbreak of Ebola in neighbouring Uganda.

Kampala on Tuesday confirmed the outbreak of the virus in the country, with experts confirming that it was the deadly Sudan strain that currently has no vaccine.

On Tuesday, South Sudan’s undersecretary in the Ministry of Health, Victoria Anib Majur, urged communities living along the border with Uganda and the Democratic Republic of the Congo (DRC) to report any suspicious cases of Ebola to health authorities.

“We are very concerned about the Ebola outbreak in Uganda because we share the border. We have a lot of movement across the border. Our families are in Uganda and Ugandans are on this side,” Majur told journalists in Juba, the capital of South Sudan.

She also urged the public to refrain from eating bush meat as the Ebola virus can spread from animals to humans through contaminated bush meat.

Majur added that national assessment teams will be deployed in the border areas of Yambio and Nimule bordering DRC and Uganda, respectively.

On August 21, the DRC government announced an Ebola outbreak after detecting the virus in a 46-year-old woman living in the city of Beni, in the province of North Kivu. This came just a month after it had declared the end of the 14th Ebola outbreak in the country.

Majur added that Juba would partner with the United Nations Children Fund (UNICEF) to promote public awareness of the Ebola virus disease.

Fabian Ndenzako, the acting WHO Representative for South Sudan, said that the Ministry of Health has already activated the incident management system for Ebola virus disease.

“There is a lot of movement across the border, so it’s really important that this incident management system is really activated. We don’t have a case in South Sudan but, given the proximity and closeness, we have to prepare,” Ndenzako said.