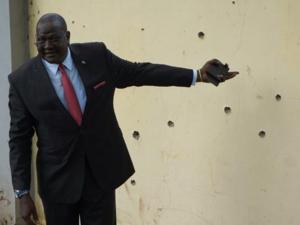 The President, who rarely discloses his reasons for the sackings, did not say why he let Mr Ateny go, apart from citing his constitutional powers that permit him to appoint and dismiss public servants.

Mr Ateny, known for his controversial statements defending the President, was appointed in 2013. He is a lawyer and a former practising journalist who was a critic of Kiir’s government before his appointment.

About his sacking, Mr Ateny said, “I heard about my removal on television. I was not told the reason I was fired. I am very grateful to the President for giving me an opportunity to serve the country.